The only people crazier than celebrity-obsessed fans are the dog-obsessed fans of celebrities. They drive countless web sites and have created a new breed of photographer: The Pup-arazzi. We kid you not. EDGE invites you on a walkie with some of the world’s most celebrated dog owners…and unleashes its picks for history’s greatest canine celebrities.

Fun Fact: Point Pleasant native gave a shout out to his dog-sitter during Golden Globes acceptance speech…but forgot to thank his manager

Fun Fact: Resisted overwhelming temptation to get a Pitt Bull 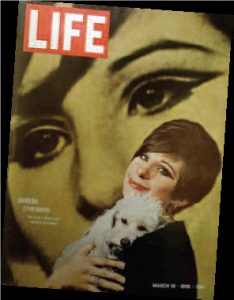 Fun Fact: Streisand and her dog Sadie graced the cover of LIFE in 1966

Breed: Who cares? Could there possibly be a better celebrity dog-owner name!

Burning Question What about Bob Barker?

Claim to Fame: Appeared in The Wizard of Oz and 11 more films

Did You Know? Made more per week than the highest paid Munchkin

Claim to Fame: Made 25 movies and had his own radio show

Did You Know? Rinty scored a star on Hollywood’s Walk of Fame

Claim to Fame: Annual Iditarod traces the path of the 1925 journey that saved Nome from a diphtheria outbreak

Did You Know? Has a statue in NY’s Central Park, near East 69th street

Did You Know? First dog to play Lassie was named Pal 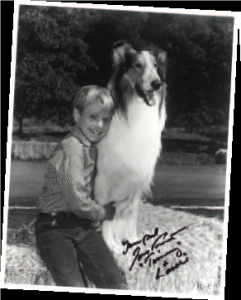 Claim to Fame: Offended Frasier Crane in every imaginable way

Did You Know? During the show’s 11-year run, Eddie was played by Moose and his son, Enzo