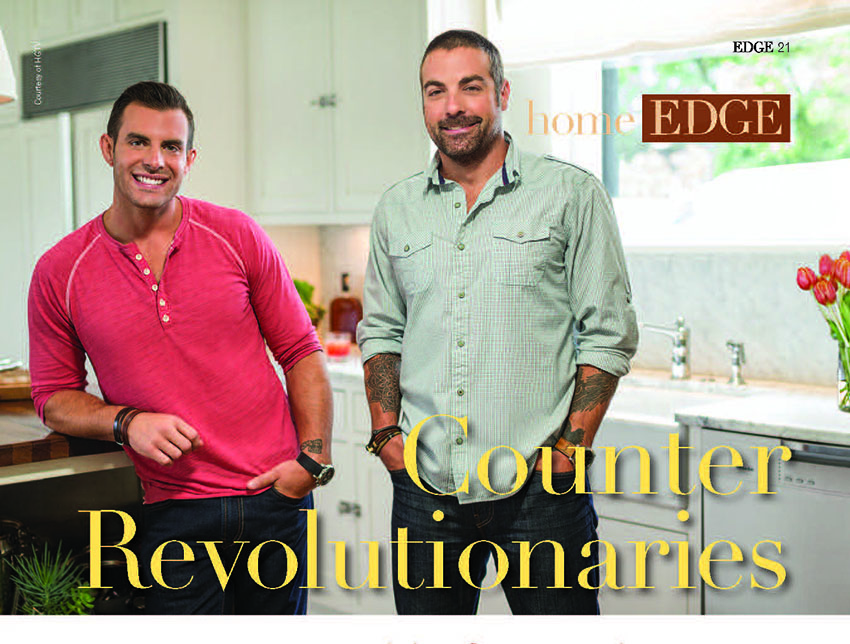 New Jersey’s ‘Kitchen Cousins’ have a lot on their plate in 2015.

So you thought your kitchen was a train wreck? Anthony Carrino and John Colaneri, HGTV’s ubiquitous Kitchen Cousins, pride themselves in transforming hopeless residential and commercial cooking spaces into spectacular, high-functioning showplaces. This summer, the cousins embark on their newest reality venture, America’s Most Desperate Kitchens. 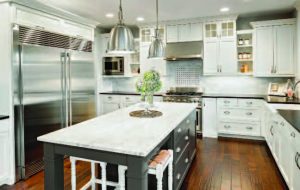 Back in late-2014, HGTV asked viewers to send in 90-second videos that proved their kitchens were totally hopeless. The network received a ﬂood of submissions that ranged from shameful to catastrophic, picked the most challenging (and funniest) and then dispatched Carrino and Colaneri to make a little magic. America’s Most Desperate Kitchens marks the fourth series for the talented and likeable duo, who run Brunelleschi Construction in Jersey City. They have gained a legion of fans with Kitchen Cousins, Cousins On Call and Cousins Undercover.

Fans of the cousins are already setting their DVR’s for the opening episode, which airs on July 1. In the meantime, one can enjoy their latest renovation creation on Erie Street in Jersey City, where Carrino and Colaneri recently opened Carrino Provisions, a gourmet market with a family-style Italian restaurant housed in a reclaimed 19th century factory building.

Authenticity is everything in the Reality TV game, and the cousins have taken their lumps on more renovations than they care to remember. Prior to their new show (which has them traveling all over the country), they had worked almost exclusively in New Jersey. What better proving ground for construction and design skills than the old (and not-so-old) homes of the Garden State? As much as they love the challenge of updating antique houses, both agree that falling in love with an old home can be a slippery slope.

“I love a good old home or structure, but they can very quickly become money pits,” Carrino cautions. “The important thing for buyers is to get a really good home inspection prior to purchase, so you understand what you’re getting into.” 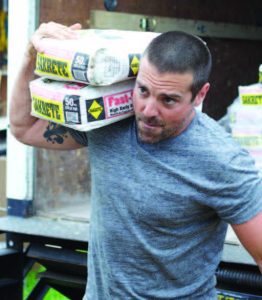 A FEW OF MY FAVORITE THINGS

What are the Kitchen Cousins’ favorite materials to work with?

John Colaneri: Wood, metal and stone. All three of these materials give any space a warm and unique feeling. I love using natural materials when designing and building homes. I always try to incorporate these three elements into my designs.

Anthony Carrino: I use myriad materials depending on the project. It’s my job to know what’s out there, so I have a good stockpile of materials I love to work with. If I had to pick three I would say live edge wood slabs, raw steel and concrete. Raw materials just speak to me. 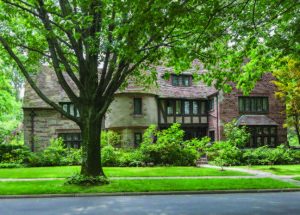 “I love old homes and the history they have,” adds Colaneri. “You ﬁnd architectural features that are so hard to come by these days. The only downside of an old home is that nothing is up to code, and it’s going to cost a lot of money to renovate.”

Brunelleschi Construction only does restoration work. According to Colaneri, the blending of old and new is what fuels the cousins’ passion. They ﬁnd New Jersey to be an ideal place for their specialty because of the large number of older and historic homes. They also ﬁnd it amazing how little most owners know about their dwellings. Nine out of 10, says Colaneri, have no clue as to the condition of the mechanical systems.

“These are the things that are not in front of your face or too glamorous, but they will cost you the most in the end,” he warns. “If you are buying an old home, make sure the air conditioning and heating systems and the electrical have been maintained and updated over the years. It’s just like a car—what’s under the hood makes a big difference.” 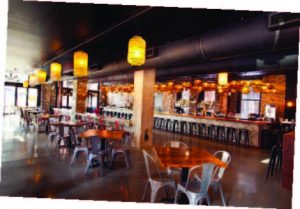 AN APPETITE FOR HISTORY

Prior to launching their new show, Carrino and Colaneri completed a major project in Jersey City in partnership with Chef Dale Talde: Carrino Provisions, a food destination that features a market, coffee bar and Osteria. The market space, which was designed by the cousins, has an old-country feel with white brick walls, hand-painted signs, fresh-baked breads and pastries, artisanal meats and cheeses, and local produce. The Osteria offers Chef Talde’s take on Italian cuisine, with large shareable portions of handmade pasta. 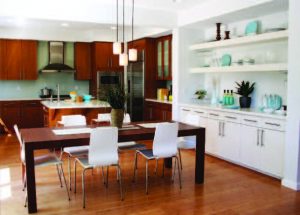 Dale Talde made a name for himself across the harbor in Brooklyn, where he and partners John Bush and David Massoni operate TALDE and the Thistle Hill Tavern, both in Park Slope. His take on Asian-American cuisine earned rave reviews and a loyal following. The trio opened TALDE Jersey City a stone’s throw from Carrino Provisions, with a major renovation assist from Carrino and Colaneri, who incorporated the circa 1880 building’s elevator wheels into the restaurant’s industrial chic design. Meanwhile, the lighting has a distinctly Asian inﬂuence, with silk-and-wire lanterns illuminating the main dining space. Both TALDE Jersey City and Carrino Provisions are located on Erie Street, between Bay and 1st Street.

Anything having to do with the foundation or structural integrity of an old home is a potential deal-breaker, adds Carrino. “Along with a roof that’s in poor condition, those are things that can suck your budget dry before you even begin your renovation.”

When is a house a tear-down? Everything is ﬁxable, the cousins claim. It’s just a matter of time and money. However, if the structural integrity of a home is profoundly compromised, it may not be worth saving. On the subject of newer homes, Carrino and Colaneri tend to be tepid. They are not fans of the boxy “McMansions” popping up where farms and forests used to be. Will they one day qualify as older homes? Better yet, will they even outlast their 30-year mortgages?

“That’s a hysterical question!” Carrino laughs. “Not that I want to avoid it, but without knowing the builders or walking the homes, I wouldn’t be able to comment as to the build quality.”

“Hey, if the local municipality approves the plans, then they have to deal with them down the road,” smiles Colaneri. 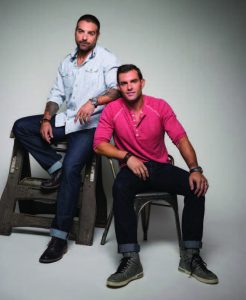 “I hope towns realize that they do not look good and put a stop to it.”

Obviously, neither cousin would think of purchasing a brand-new house. After all, one has to keep up appearances. But would they consider buying an older one that needed absolutely nothing done to it?

“I don’t think so,” Carrino agrees. “I couldn’t buy something I couldn’t gut…or rebuild from the ground up.”  EDGE

Editor’s Note: John and Anthony were discovered by an HGTV producer who lived in Hoboken. Their all-time favorite New Jersey build was a ﬁreﬁghter’s home ﬂooded during Sandy, done in conjunction with Ellen DeGeneres. The cousins can also be seen in the online series Chill & Grill (Ulive.com) and MANuSCRIPT (AOL).