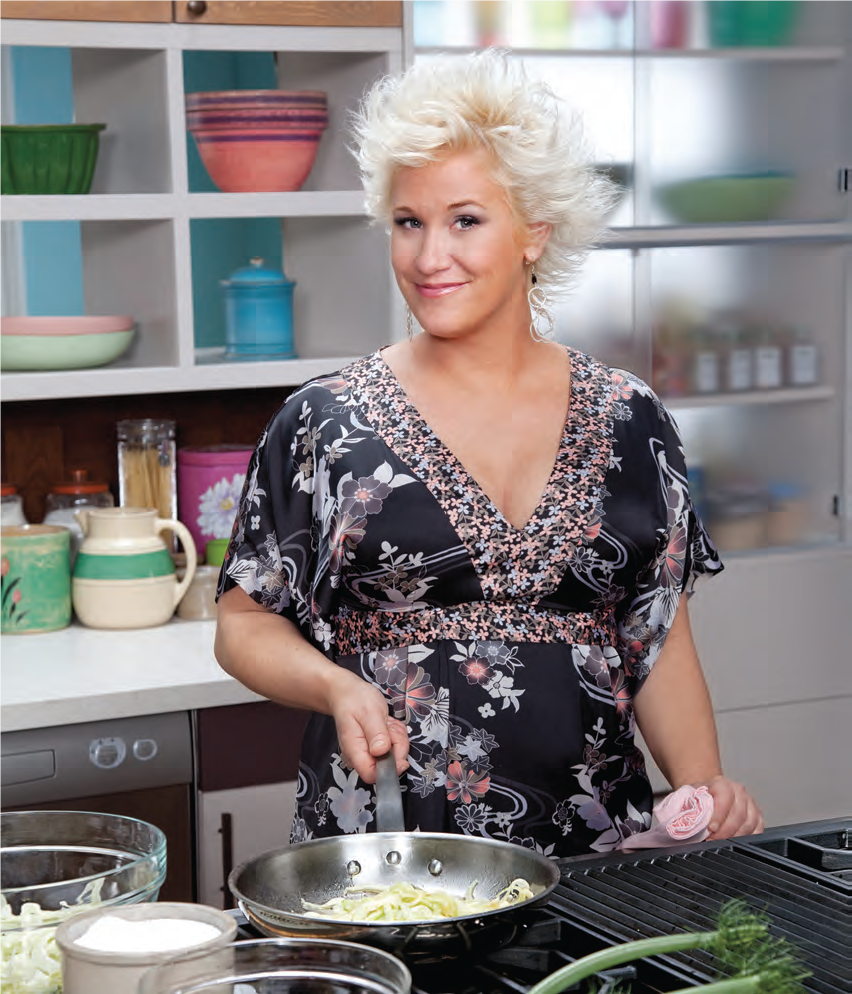 If you haven’t caught ANNE BURRELL on the hit series Worst Cooks in America, you’ve almost certainly seen her somewhere else. The Food Network star is, well, kind of hard to miss. Over the years, Anne’s big personality, signature hairstyle and culinary creativity have made an indelible impression on viewers of Secrets of a Restaurant Chef and patrons at Manhattan eateries Felidia, Savoy, Lumi and Centro Vinoteca. And, of course, there was her unforgettable stint as Mario Batali’s second in command on Iron Chef America. On Worst Cooks, Anne plays drill sergeant to a team of culinary clods as they go head-to-head with a platoon led by co-host Robert Irvine. Like most EDGE readers, Assignments Editor Zack Burgess has been known to whip up an Italian meal or two. He jumped at the opportunity to compare notes with one of America’s most engaging and innovative Italian chefs.

EDGE: What kind of town produces an Anne Burrell?

AB: I grew up in a tiny town in upstate New York. Very Beaver Cleaver-ville. Zero ethnicity, a very upper-middleclass, boring existence. I was like, “I have stuff I’ve got to do. I’ve got to get out of here.”

EDGE: Is your hair a recent thing, or does it date back to those days?

AB: I’ve always had wild hair—always, always. In high school and everything,

EDGE: How did your family feel when they saw you gravitating to cooking?

AB: When I decided to cook there was no Food Network. It was before being a chef was cool. It was a strange thing, but it was the right thing for me. My mother was always very supportive. My dad was not supportive at first. He is now.

EDGE: Who was your culinary inspiration?

AB: I guess I can say I started having a culinary inspiration when I was three. I told my mother, “I have a friend named Julia.” Who? “Julia Child. I watch her every day on TV.” Over the years, I developed a love for all things Italian, so definitely Mario Batali and Lidia Bastianich.

EDGE: After training at CIA, why all things Italian?

AB: The Culinary Institute of America has a very French based curriculum. I loved learning and knowing how to cook, but it was the Italian mentality of the ingredients and the simplicity of everything that just spoke to me. EDGE: When people cook Italian at home, what is the thing they tend to overlook?

AB: A lot of people think that it’s just pasta and red sauce. There’s so much more to the kitchen than that. Get a really good olive oil and cook with the best ingredients that you can afford. Also, think about seasonality. There are so many things that are in season, and those are the things that taste the best.

EDGE: EDGE readers are brilliant cooks. But just for the record, give us the five things every kitchen should have.

AB: Well, if you’re remodeling a kitchen, get a really good stove and, if you can, get a stove with gas burners. I also like an island in a kitchen. Invest in a good set of knives and a good set of pots and pans. You can buy food processors and mixers, too, but I’m really about low-tech stuff— wooden spoons and food mills and rubber spatulas.

EDGE: When you’re working with America’s Worst Cooks, what is the first thing you try to convey to them?

AB: I have a little saying: Food is like a dog. It smells fear. If you’re nervous while you’re cooking, you’re food knows it and reacts. To become a confident cook you just need to practice and do it. If you don’t know how to do something, go do some research. Read your recipe before you start and follow it. Make sure you have all your ingredients and do your prep work before you cook. Get all your onions and garlic out. Clean as you go. Have a glass of wine. Cook with your family and friends. Then the process becomes fun. 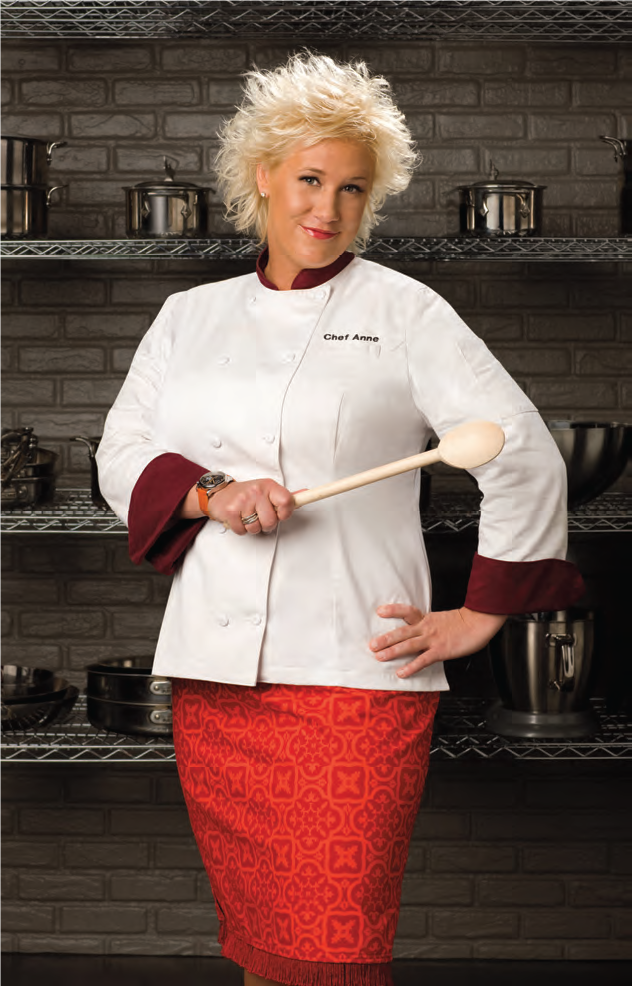 Photo courtesy of The Food Network

EDGE: And healthier, too.

AB: Absolutely. Cooking at home is so much better for you. Fast food, or anything that comes in a bag loaded with salt, it’s just bad for you. Cook from scratch with fresh meat and fresh vegetables. People watch my show and comment on the amount of salt that I use. But the amount salt I use is nothing compared to what you get when buy food in a bag.

EDGE: Does it irritate you when a “confident” cook is overconfident about his or her actual skill?

EDGE: How does a good cook become an even better one?

EDGE: So what makes a legitimately good cook?

AB: That’s very subjective. I always say, “You’re the chef of your own kitchen. If you like what’s going on and you like what you make, then you’re a good cook.”

EDGE: Really? What about the contestants on America’s Worst Cooks?

AB: Ah, but then they’re in my kitchen. And yes, I’ve seen some pretty horrendous things on Worst Cooks.

EDGE: What was your own personal Worst Cooks moment?

AB: One of the worst things I ever did was trying to do a persimmon sauce with persimmons that were not ripe. Persimmons are one of those things that if they are not ripe then they’re just terrible. I was simmering some persimmons around in some chicken stock and they had this crazy reaction. They turned this whitewashed gray color. Of course, it was right before service was starting and I had it on the menu and it was just a disaster. It was gross. I had to change the whole menu. It was very stressful, but now I look back on it and just laugh.