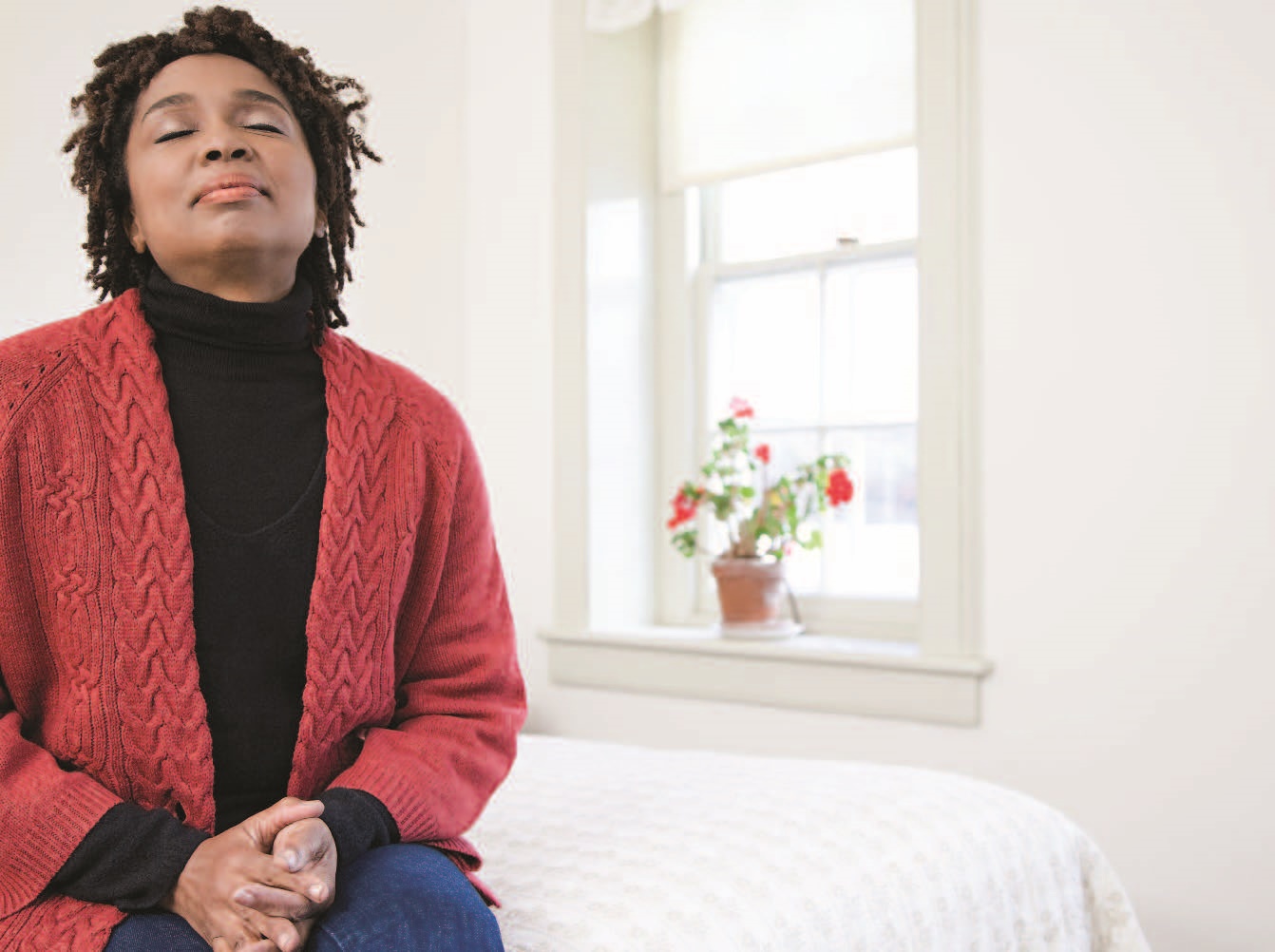 New technologies have changed the landscape for pulmonologists.

A lot of people joke that you can’t tell doctors anything. Don’t tell that to Dr. Carlos Remolina. And know that, when it comes to early detection of lung cancer, it’s no joking matter. On a Monday evening back in December, the Chief of the Pulmonary Division addressed the assembled Department of Medicine at Trinitas on how and when to employ the dramatic technological advances in his area of medicine. Much of his time was devoted to reviewing the fine points of Bronchial Navigation, a new way to detect the minute, shadowy nodules that could be the beginning of lung cancer.

“I presented several cases we have encountered here at Trinitas, one in which the nodule was as small as nine-by eleven millimeters,” says Dr. Remolina. “We were able to identify the nodule and use Navigational Bronchostomy to reach it and do a biopsy. The patient did have lung cancer, but because we detected the disease in its earliest stage, we were able to perform a resection and save that patient’s life.” 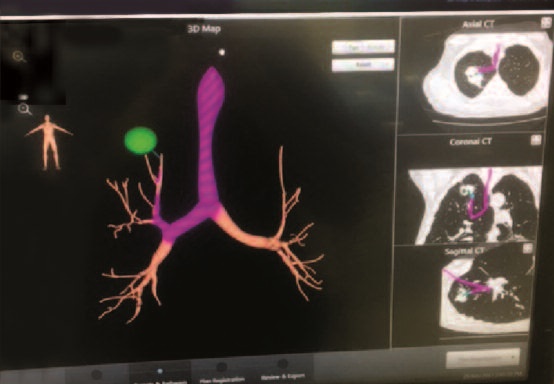 Where lung cancer is concerned, it is all about early detection. The 10-year survival rate for patients diagnosed in Stage 1 or 2 is 88 percent; in Stage 3 and 4, the five-year survival rate is just 17 percent. In his presentation, Dr. Remolina encouraged his fellow doctors to be more proactive when it comes to using the new technology. Medicare actually covers lung screening for “30-pack smokers” ages 55 and over, and Trinitas has a superb Lung Screening Program that employs a low-dose CT scan.

“Our program is not used as aggressively as it should be,” says Dr. Remolina, who adds that lung screening needs to become more ingrained in the medical community. Not only is it potentially a matter of life and death, he points out, it could soon be a matter of liability. When a woman goes to a doctor and that doctor doesn’t order a mammogram, the doctor could be liable if she develops breast cancer. The same could be true for a doctor who fails to refer an older ex-smoker for screening and a full workup if, years later the diagnosis is Stage 4 lung cancer.

Navigational Bronchostomy employs electromagnetic fields that create “GPS” to tumors when they are very small, so they can be reached and biopsied. A computer program generates a 3-D map that pinpoints the location of the tiniest tumors, and shows the twists and turns along the way. Prior to this technology, the diagnostic options faced by patients at risk for lung cancer were limited. They included traditional bronchoscopy, which often could not reach the area of concern or an invasive surgical procedure. Needle biopsies sometimes didn’t get to the target and came with a significant risk of pneumothorax, more commonly known as a collapsed lung.

“Another option was watching and waiting,” Dr. Remolina recalls. “When a nodule got big enough, you’d go after it. By that point, of course, the tumor had grown.”

The new technology, he adds, reduced the risk of lung collapse from a range of 18 to 30 percent to just 2 or 3 percent. What are some of the first signs that suggest someone should get a screening?

“An unexplained cough, especially one that brings up a small amount of blood, would be a major area of concern,” Dr. Remolina says. “Unexplained weight loss is something to watch for, too.”

These symptoms are much more likely to occur in smokers, but lung cancer can also affect people who never smoked a cigarette in their lives. Unfortunately, those individuals don’t meet the criteria for low-dose CT scans at the moment.

Another procedure that has come online in recent years is Endobronchial Ultrasound, or EBUS, which Dr. Remolina also says is a game-changer: “Before EBUS, you had to send a patient to a thoracic surgeon for a procedure on a lymph node. Now it can be done as an outpatient procedure.”

Dr. Remolina maintains that advances such as Navigational Bronchostomy and Endobronchial Ultrasound have changed the landscape of pulmonology. His goal is to encourage more physicians to embrace these procedures. It’s a matter of smart medicine and, potentially, life and death.

The Trinitas lung screening program has been up and running for 18 months and, in that time, has already demonstrated its life-saving potential. The low-dose, non-invasive CT scan—which takes less than a minute—has detected tiny, early-stage tumors in dozens of patients, dramatically altering outcomes for those individuals. Lung cancer kills more people in this country than breast, colon and prostate cancer. Combined. The Trinitas screenings involve only a quarter of the radiation of traditional CT scans. For more information on the Lung Screening Program at Trinitas call (908) 994-5051. 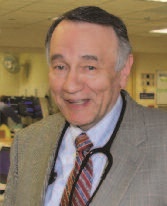