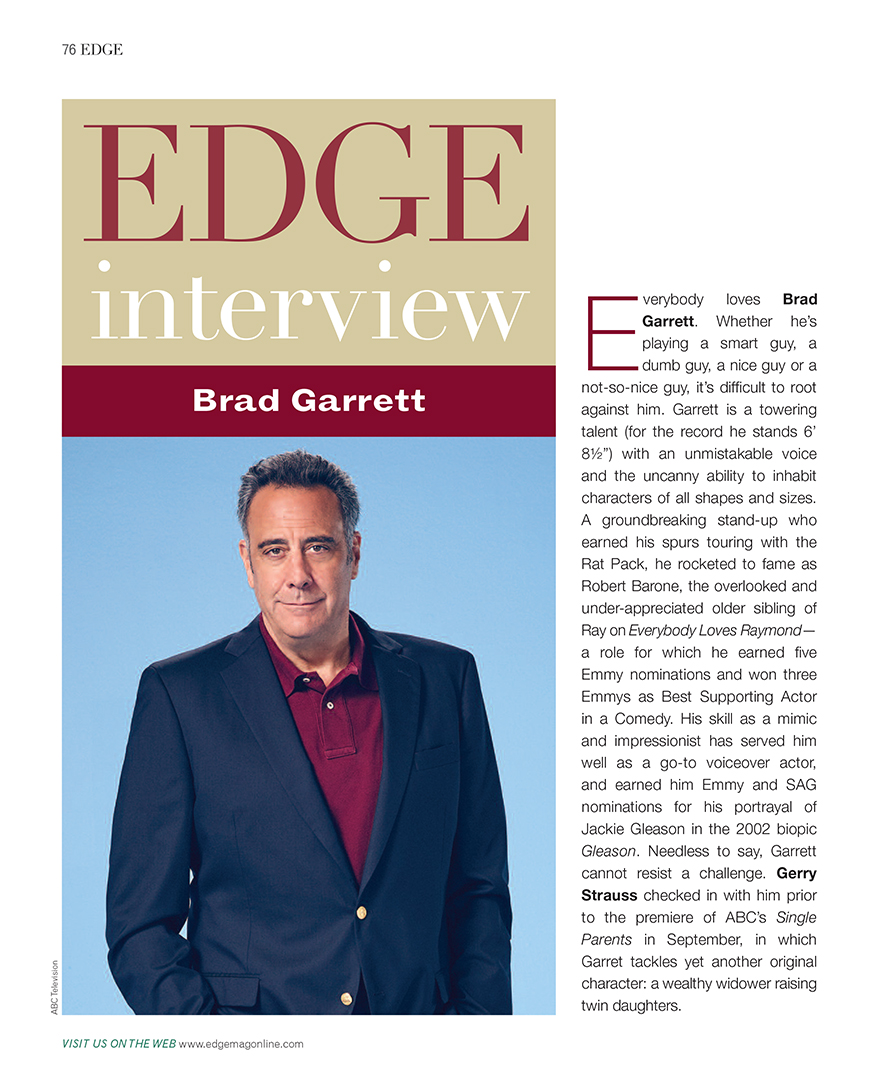 Everybody loves Brad Garrett. Whether he’s playing a smart guy, a dumb guy, a nice guy or a not-so-nice guy, it’s difficult to root against him. Garrett is a towering talent (for the record he stands 6’ 8½”) with an unmistakable voice and the uncanny ability to inhabit characters of all shapes and sizes. A groundbreaking stand-up who earned his spurs touring with the Rat Pack, he rocketed to fame as Robert Barone, the overlooked and under-appreciated older sibling of Ray on Everybody Loves Raymond—a role for which he earned five Emmy nominations and won three Emmys as Best Supporting Actor in a Comedy. His skill as a mimic and impressionist has served him well as a go-to voiceover actor and earned him Emmy and SAGnominations for his portrayal of Jackie Gleason in the 2002 biopic Gleason. Needless to say, Garrett cannot resist a challenge. Gerry Strauss checked in with him prior to the premiere of ABC’s Single Parents in September, in which Garret tackles yet another original character: a wealthy widower raising twin daughters. 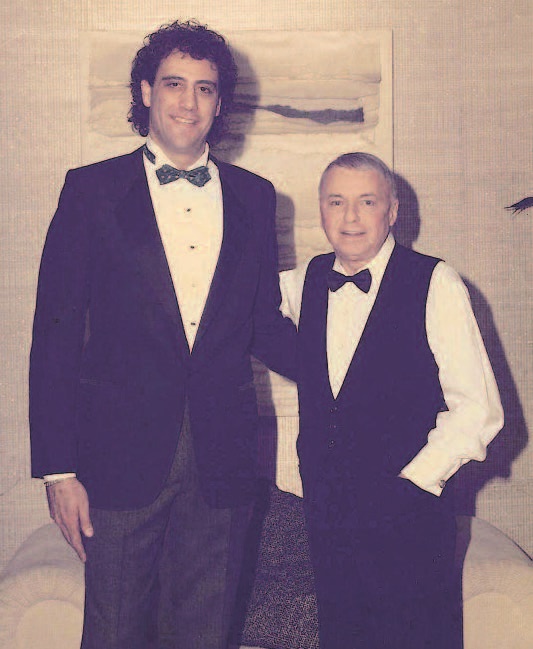 EDGE: Fans first got to know you from your appearances on Star Search.

BG: Star Search was in ’83. I was young, 23 years old. You had a minute-and-a-half of stand-up to do. That was it. I was going against guys that were a lot more schooled in stand-up, that had been around a lot longer—and were probably better acts, to be honest. But one thing I did have was that my stuff was a lot of quick one-liners. I did some dead-on impressions back in those days, and when you had a minute-and-a-half, it hit quicker than a guy doing a gag about an airline or his parents or whatever, because 90 seconds is a ridiculous amount of time. I mean, you’re opening is almost your closing. After winning Star Search, I got booked on The Tonight Show—I’m sure because of the connection that Ed McMahon had.

EDGE: What kind of impact did the Carson spot have on your career?

BG: Back in those days, if you had a great set, like a Jerry Seinfeld or a Gary Shandling did, you’d have a development deal the next day. What it gave me was an incredible opportunity to do a stand-up tour opening for some major acts. By doing that, I really honed my craft because when you’re an opening act, no one wants to really see you. So you’re going out in front of thousands of people with nothing but the ability that you have, or do not have that night. By going on the road with these big names, it really was [comedy] school. I came back a different stand-up three years later.

EDGE: You opened for some iconic talent. Frank Sinatra, David Copperfield, Smokey Robinson, Sammy Davis Jr.—it goes on and on. Do you remember anyone giving you advice that helped you become a better all-around performer?

BG: Well, I think a lot of it was being able to sit in the wings and watch a Sammy Davis Jr., who is maybe the most talented person I have ever seen to this day. They used to call him “the triple threat” because he could do everything. He could sing, he could dance, he could act. Phantom of the Opera had just come out when I was opening for Sammy, and he did this scene from Phantom that was just chilling, unbelievable. He was actually supposed to play the Phantom in London before he got sick. And to sit there and watch Sinatra with a 22-piece orchestra…

EDGE: What was it like working with him in the latter stages of his career?

BG: He’d kind of go in and out. I would have to keep introducing myself every other time I would open for him. And he kept calling me Greg Barrett. I just rolled with it because I didn’t have the [courage] to correct him. You know, Frank Sinatra. You don’t want to correct him [laughs]. You end up in a box. My mom would go, “Why don’t you just sit them down and go, “Frank, I’m Brad.” And I’d go, “Yeah mom. I’m going to sit Frank down. I’m going to have a sit-down with Sinatra. That’s going to go over well with Jilly [Rizzo, Sinatra’s right-hand man].” I think that, in a small way, I was around this part of show business that just doesn’t exist anymore. And so, I hope we learned some showmanship while they were here because they were very welcoming into their world. Sammy was so incredibly gracious. When he played a hotel on the strip, he would invite everybody up and down the strip, whether you were a backup singer or a dancer or a headliner or an opening act. And he’d rent out the local theater in Vegas or Tahoe, and he’d invite everyone that was in the entertainment industry and throw a party. It was just so great to be around that because that era is gone, obviously.

EDGE: A lot of people are unaware that you started doing voiceover work around this period, in the early ’80s. How did you find your way into that line of work?

BG: I think a lot of that just came from the impressions I was doing in my stand-up on TV. The different voices, the different ranges. I’ve always had a voice that sounded like a guy talking in a tube. I’ve always kind of had this bottom to it. I started on Saturday morning cartoons, and I was either playing a thug or a burglar or whatever. And that kind of just led from one thing to another. I’m very grateful for what I’ve done because there’s really only a handful of brilliant people out there that can do a hundred voices and fifty sounds. I’m limited. But I got to work with some great voiceover guys, like Jim Cummings, who I just did Christopher Robin with. I am a huge fan of animation, and I think when you grow up a lonely kid you have a lot of imaginary friends…[laughs] as I still do.

EDGE: Where did you find inspiration for the Robert Barone character on Everybody Loves Raymond?

BG: You know what’s funny? I had to fight for that audition. They just didn’t see me doing it. Even Ray was like, “Nah, not the guy from Star Search”—which I understand, because no one wanted a giant. But the minute I read the script, I begged my managers at the time. I said, “I know this guy!” The minute I read it, I just had a very different way of playing it. They were reaching out to a couple of other actors and I begged to just go read for the creator, Phil Rosenthal. They wanted a Danny DeVito type, a little pit bull guy. The cop brother in real life was shorter than Ray and very jealous of Ray. That line Everybody Loves Raymond came from Ray’s actual life after he won an award for his stand-up. His brother saw the award he got and goes, “Well, that’s great. I just got shot at today, but I guess everybody loves Raymond.” So that’s how that ended up as a line in the pilot and the show’s title. I wanted to play Robert the opposite of my size. As an actor, I had this thing I used to use. I used to say that Ray’s an only child and they forgot to tell Robert. That was my little thing. But there’s a fine line of not playing anger, but playing frustration. So they kept Robert frustrated, and in a lot of ways, he had the upper hand in certain episodes over Raymond, but the family wouldn’t allow it. So, there were a lot of fun things to play. But I owe a lot to the writing. The writing was so good on that show. They knew how to write for this character so well.

EDGE: And what a cast.

BG: Of course. The cast had a chemistry—which is what’s exciting for me about the new show I’m doing, Single Parents. We just had this chemistry in the pilot that’s very rare. You can only fake it so much, but when you are able to tag onto another person’s timing or reaction, it’s pretty incredible. 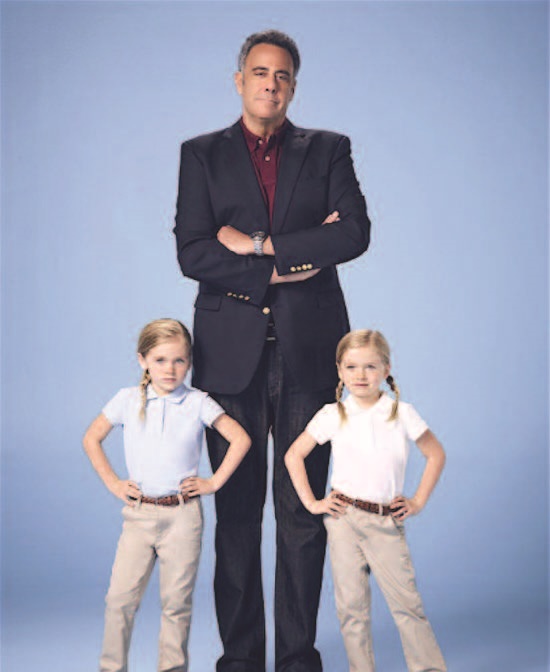 EDGE: Single Parents offers another unique role for you within an ensemble cast…yet at the same time, you’re still touring and doing one-man shows. At this stage of your career, do you crave that level of variety in your work?

BG: I get bored easily. I’m a little ADD…or a lot ADD. And I’m at that point in my life that I want to do what I love or I want to do something that I’m really attracted to. When I read the pilot for Single Parents, I was like, Boy, this Douglas guy. This is a very different character for me. This is something I haven’t played on TV. I was really intrigued. Then I found out that Taran Killam was part of it, and I was such a fan of his on SNL. Then I met the guy and he’s just one of the kindest humans. I was like, Well, this is a no-brainer. I hope we can make this happen. But I do like the different avenues. I just got done doing I’m Dying Up Here, which was a very dramatic role on the Showtime show that they wrote for me. And it was something that scared me at first. I was like, Man, this guy is super dark. I loved the role. I couldn’t wait to play him. I was very grateful that they would write something like that for me because that doesn’t come along for comedic people often. I’m kind of at the point in my life where it’s fun to do things I haven’t done yet.

EDGE: I have to ask. With so many classic TV shows making comebacks in the past few years, what do you think Robert Barone would be up to in 2018 if Everybody Loves Raymond returned to the airwaves?

BG: He’d probably be running from the law at this point [laughs]. I would say that Robert is probably divorced right now. And maybe living with Ray.