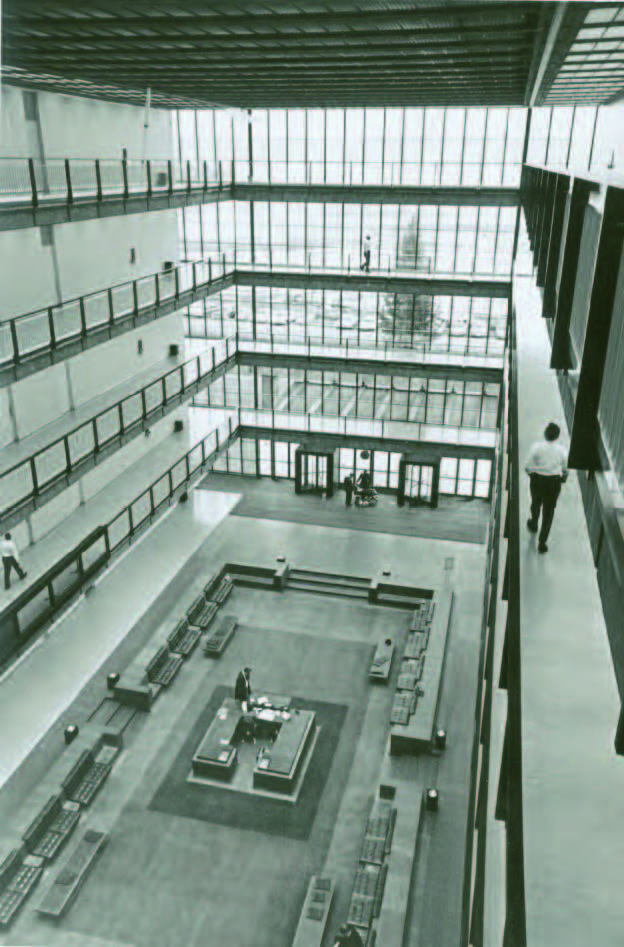 During the 20th Century, if a good idea needed great thinking to be elevated to culture-changing status, the engineers and scientists at Bell Labs in New Jersey were the folks you wanted on the case. The collection of intellectual and creative talent the company assembled in its various Garden State locations was unmatched anyplace at any time, before or since. Their work was documented in decades of press photos… which are now highly prized by collectors around the world. 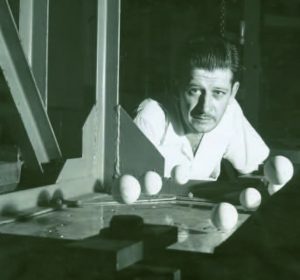 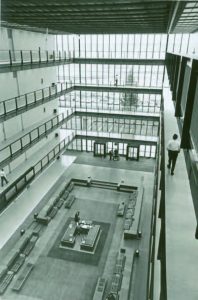 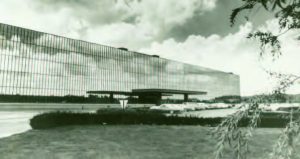 Exterior • Holmdel • 1965
The Bell Labs building in Holmdel was designed by Eero Saarinen and
constructed in 1962. It was recently “re-imagined” as Bell Works by its new
owner. in 2017, the complex was added to
the National Register of Historic Places. 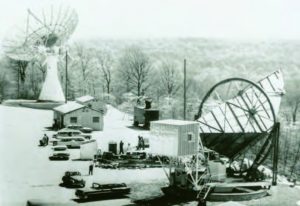 Satellite Dishes • Holmdel • 1960
The dish on the left communicated directly with the Jet Propulsion Laboratory in California through an Echo I satellite. The odd-looking “horn reflector” dish on the right was due to be mothballed until,
four years later, it detected evidence of the “Big Bang”
for the first time. 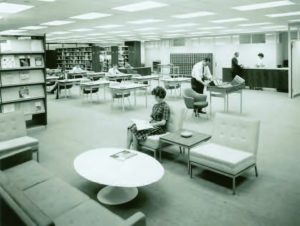 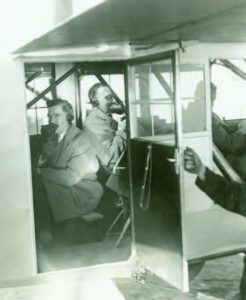 First Two-Way Radiophone Conversation South Plainfield • 1929
Two Bell Labs engineers recreate the first two-way conversation between an aircraft and the ground at Hadley Field. Prior to this breakthrough, communication was only possible from the ground up. The engineers held an ongoing conversation with guests at a dinner party. 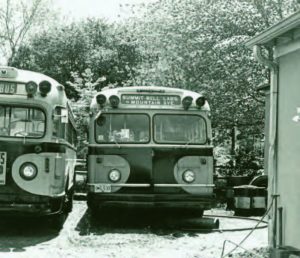 Mountain Avenue Bus • Summit • 1950
Old-time Union County residents will recognize this bus, which carried workers to and from Bell Labs’ Murray Hill headquarters. It followed a route
similar to current-day #986. Bell Labs constructed the building in 1941. 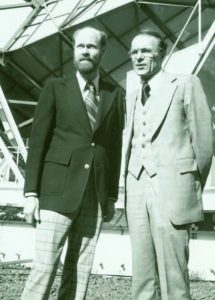 Robert W. Wilson & Arno Penzias Holmdel • 1982
The co-discoverers of the Big Bang are shown in front of the old microwave antenna they used to make their breakthrough in 1964. Wilson (left) and Penzias (right) shared the
Nobel Prize in physics in 1978. 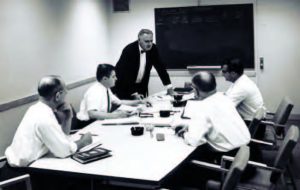 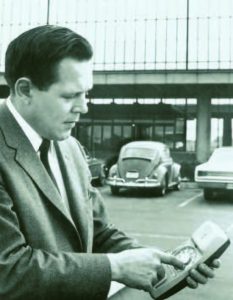 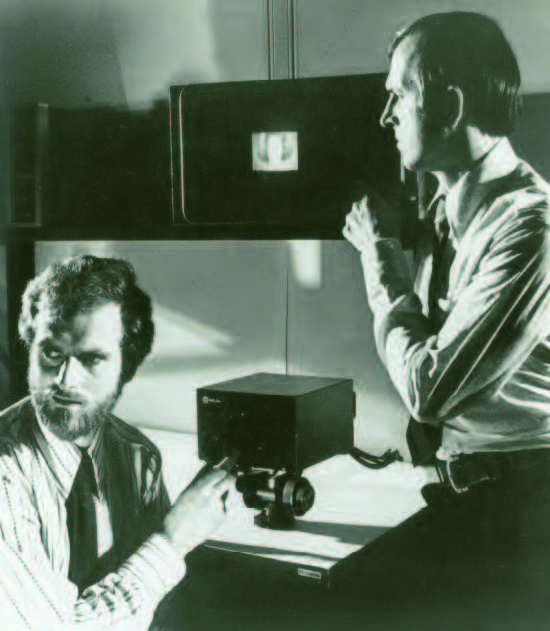 The press photos depicted in this edition of local talent were collected by Upper Case Editorial Service. They were originally issued for promotional and informational purposes by Bell Laboratories, Bell Telephone Laboratories, uPi Telephoto, STR, Underwood and Under, NEA and iPs.