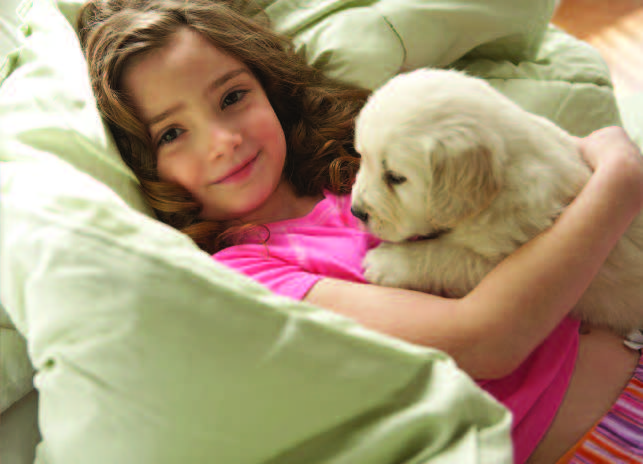 Barbarians at the Gate -

The grandkids are coming…is your home ready?

How long has it been since I’ve had to worry about child-safety in my home? It seems like lifetimes ago that my own babies and toddlers began to explore their environment. And, in a way, I guess you could say it has been. Alas, the clock has kept ticking and I now have come full circle, with children of varying ages starting to descend once again. I believe I speak for all grandparents when I say that I’m ready for all the love and laughter they bring with each visit. The question is, is my adults-only house safe and sound for these home invasions?

Having recently been introduced to my “grand-dog”—a 3- month old Golden Doodle gifted by my son to his two children—I am impressed that childprooﬁng and puppy-prooﬁng have much in common. Both species require one to take the time to think ahead in order to identify and eliminate unhealthy but irresistible attractions, any vulnerable but off-limits personal items, any unidentiﬁable yet edible crumbs (and other easily digested ﬂoor debris), and certainly any potentially dangerous household items capable of being ingested or harmfully dispensed. So much to consider; so little time to correct…especially since the little barbarians are already at the gate.

The lapse of time between my children and my children’s children is enough to make me feel very insecure about how to eliminate juvenile HazMat. In theory, I should be able to slip back into my parental shoes and see my world as they do—a house of potential horrors. Or perhaps, I could regress even further and evaluate domestic terror from the standpoint of a toddler. I am reminded, in fact, of a very dear friend and neighbor who, upon being advised that my two-year old grandson had hidden the TV remote, fell on all fours and crawled through my house, explaining that she felt a toddler’s eye view would ultimately reveal the well-hidden device. And so it did! However, I can’t imagine me, as someone who is deﬁnitely more knee-challenged these days, performing such a physically demanding search. There must be a better way. 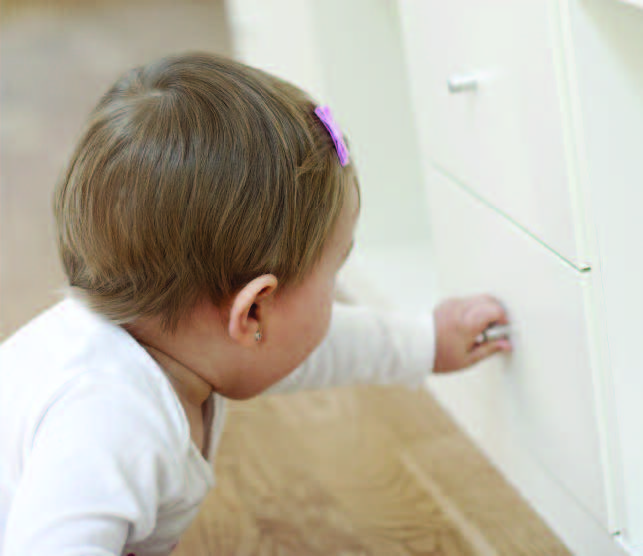 An Accident Waiting to Happen?

About 2.3 million children are accidentally injured every year and more than 2,500 are killed in what seem to be “perfectly safe” homes. Unintentional childhood injury statistics are alarming, as evidenced by a 2012 report from the Centers for Disease Control:

The above statistics reﬂect not only accidents that occur in the home, but also external tragedies such as car crashes and ﬁres. According to the KidsHealth web site (kidshealth.org), household injuries are responsible for the majority of ER visits for children under age 3; 70% of accident fatalities in children under 4, not surprisingly, occur where the very young spend most of their time: at home. 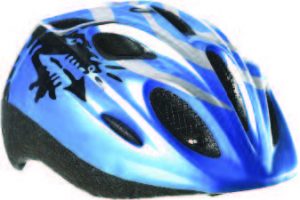 Safe Kids has an extensive network of more than 500 domestic and 25 international coalitions that are dedicated to reducing childhood injuries and fatalities. Since it was co-founded in 1988 by Dr. Marty Eichelberger (Children’s National Medical Center) with support from New Brunswick-headquartered Johnson & Johnson, the accidental injury rate among children 19 years and younger has decreased by 56%.

A conservative estimate of the CPSC is that child and adult deaths, injuries, and property damage from consumer product incidents cost the nation more than$1 trillion annually. Over the past 40 years, CPSC has successfully protected consumer families’ children through its vigilance in identifying a long list of unsafe products to include cribs, strollers, bicycle helmets, pajamas, and innumerable toys and gadgets. 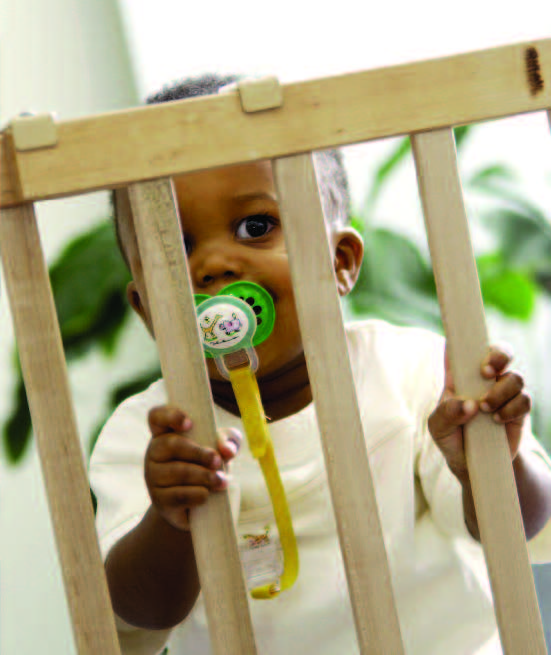 There is some very good news. Even though Safe Kids Worldwide (www.safekids.org) has reported that the estimated number of emergency room visits for children has increased 31% over the last decade, the CDC has reported that the number of childhood fatalities from injury has dropped nearly 30% over the same time period. Thankfully, most accidents are preventable and much is being done to prevent them. According to a recent National Safe Kids’ Report to the Nation, many factors have contributed to the dramatic decline in the accidental childhood fatalities: 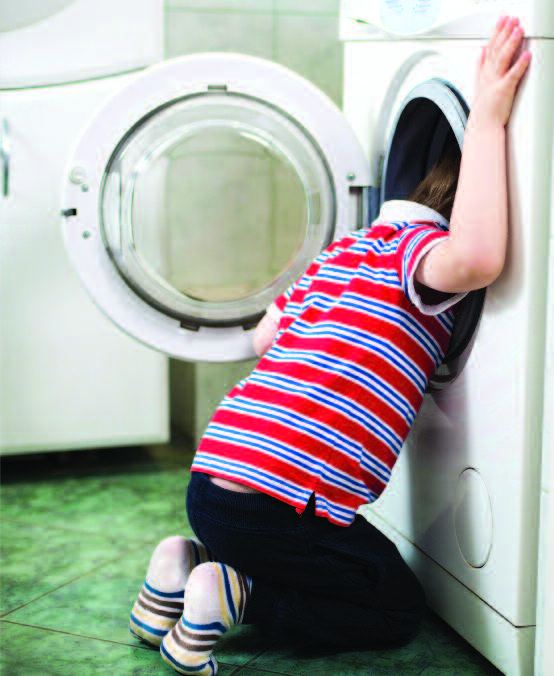 What can you, as a grandparent (or non-parent caretaker) do to keep those numbers moving in the right direction? Create a safety-product checklist that applies to your particular situation. It should include standard-issue items such as safety gates, kitchen and bathroom cabinet safety locks, corner and sharp edge bumpers, doorknob covers and door locks, outlet covers and outlet plates, window guards or safety bars, doorstops and door holders (to prevent ﬁngers getting caught), wall brackets (to secure tip-able furniture and TVs to the wall), safety hinges on toy chests and window seats, and non-skid bathtub strips.

Once you’ve covered the basics, consider safety precautions that are not always obvious. These include outdoor alarms made for pools, gates and doors, blind winders and drapery cord cleats, anti-scald devices for baths and taps, safety netting for balconies and decks, appliance locks for dishwashers and stoves, safe-locked storage for ﬁrearms & ammo, toilet lid locks, and ﬁre escape ladders. If your grandkids are “regulars” at your home, you should consider enrolling in an infant & child CPR class (or at least purchase a how-to DVD). And if you own a dog or other animal that is threatened by little ones, talk to a professional pet consult to understand how you can desensitize your pet.

Professional childprooﬁng has evolved into a very lucrative business over the past two or three decades. So perhaps it’s time to turn to the pros for some advice—hopefully accompanied by some reasonable housecall pricing. Industry experts recommend that child-prooﬁng be done before a child can crawl (typically at 3-6 months). According to the pros, the six main areas of focus for prooﬁng purposes are:

As with most professional home services, the cost for childprooﬁng comes with a price tag. An initial at-home consultation typically ranges between $50-$100. Actual services rendered depend upon the size and safety conditions of each home. Complete packages can begin as low as $300, but can easily soar to $1,500 or more. As an example, the typical two-bedroom/two-bath apartment might cost $300-$600, whereas a suburban two-story home can reach the top of the price scale.

These NJ-based childprooﬁng experts conﬁrm that business is booming:

Whether you’re brand new at the baby game, a seasoned parent of a rollicking group of toddlers (and their slightly older siblings), or proud grandparents of a growing second-generation brood, the houseprooﬁng challenge remains the same. The responses to this challenge can vary, from complete paranoia to a somewhat less vigilant “my kids survived, so will theirs” attitude. Personally, I am closer to the former than the latter. I am not sure whether it is the added generational difference or a bit of senior OCD that makes creating the perfect germ-free, chemical-free, hazard-free home environment such an inordinate obligation for me. Thinking back, I question whether I was this conscientious? To be honest, probably not.

Ironically, after paying a visit recently to my grandchildren’s home, I found myself somewhat taken aback by what I considered to be their parent’s rather laid-back attitude toward houseprooﬁng. I actually noticed a sharp table corner missing a buffer cushion, an electrical outlet with a safety plug dangling, and a kitchen cabinet with a childproof lock unlocked. Hard to admit, but it does remind me somewhat of my own home back when my kids were as young as their children are now. It was a reminder of how easy it is to let things slide as an overwhelmed parent.

Even with the most vigilant and meticulous household policing, there’s always the potential for some danger to be overlooked or to go unsuspected. Even the most painstaking household safety campaign is never as effective as the ever-watchful eye of an alert and devoted caretaker, regardless of the generational relationship. Despite the most intensive childprooﬁng protocol, vigilance is the real secret. And, of course, that primordial responsibility does not stop within the conﬁnes of our homes.

Finally, in my hyper-vigilance to ensure that my home is not a toddler trap, I think I’ve discovered an additional beneﬁt. I’ve started thinking very realistically about the safety measures I might want to take in anticipation of growing old in this very same home. Indeed, down the road, my “senior-prooﬁng” project should be much easier after everything I’ve learned. Just one change—no more childproof caps!

Editor’s Note: According to Safe Kids Worldwide, a non-proﬁt organization based in Washington DC, last year suffocation was by far the major cause of fatal childhood accidents—including 77% of the deaths under the age of 1. Choking and falls came next, followed by furniture and TV tip-overs and fatal injuries caused by toys.