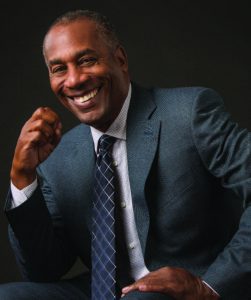 You will never see Joe Morton on one of those online lists of 10 Director’s Nightmares. He has the unique ability to blend seamlessly into an ensemble cast while simultaneously making every part his own. He commands attention and respect without chewing the scenery. He conveys nuanced emotion without uttering a word, yet when he speaks he can dramatically alter the pace and direction of a scene. Morton portrays good guys, bad guys, scientists and aliens with equal aplomb, which makes him one of Hollywood’s most in-demand actors. As CIA black ops boss Rowan Pope on ABC’s hit series Scandal, he gets to play one of the tastiest characters of his career. Robert Piper caught up with Morton in Los Angeles, three time zones away from his New Jersey home.

EDGE: Your character Rowan Pope on Scandal is the quintessential nightmare dad. You’ve played so many good guys over the years, is it kind of fun playing a bad guy?

JM: Absolutely! When I came out to LA, I was actually looking for a really smart bad guy and this guy literally fell into my lap. So, it was perfect timing on everybody’s part. 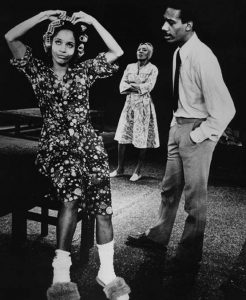 EDGE: You’ve actually played a number of complex dads over the years. What kind of dad did you grow up with?

JM: My father was an Army captain and his job was to integrate the armed forces overseas. That meant that he and his family sort of showed up at whatever army post he was sent to, racially unannounced. When we arrived, all [hell] sort of would break loose. It was rough wherever we were. So that was my model. That kind of discipline, that kind of strength, that kind of courage in a certain way. It’s kind of what Rowan Pope is endowed with.

EDGE: Did we see any of Joe Sr. in Lone Star?

JM: Oh, absolutely! My father died when I was 10, so I think that a lot of who I am as an adult is some sort of—“reﬂection” is not exactly the right word—but an “investigation” of who my father was. 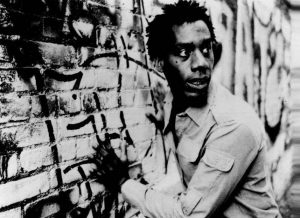 EDGE: Lone Star was your third movie with John Sayles. Was there a New Jersey connection at that point?

JM: I moved to Jersey after The Brother from Another Planet. It was somewhere in the middle of all of that. But it wasn’t so much the Jersey connection. When we did The Brother, we sort of enjoyed working together. He’s very loyal to the actors that work with him. So he would invite many of us back.

EDGE: What do you feel distinguishes Sayles as a ﬁlm maker?

JM: Well he’s a social “commentarian,” isn’t he? His movies aren’t simply about good guys and bad guys. They’re usually about workers in management, people sort of in their lives, having to work and deal with authority ﬁgures. So I think a lot of what his work is about is the common man dealing with the powers that be.

EDGE: What were the challenges working out your character, who was a mute alien, in The Brother from Another Planet?

JM: It was a lot of fun. Because he couldn’t speak, that sort of allowed me to use my whole body to express whatever it is that needed to be expressed, and just gave another dimension to the joy of that character in a way that I hadn’t found in other characters. Also, the idea of a black man who has tons of talents but no place to channel them at all because of his social and economical situation, who couldn’t move forward, is what I really loved about the script and about the character. I loved what John and I created in that movie.

EDGE: Earlier in your career, you had interesting roles in a sitcom, soap operas and on the stage. Who were the people who inﬂuenced your approach to acting during those times?

JM: Probably my teachers. I had some wonderful teachers at Hofstra University, including Carol Sica and Miriam Tulin. I probably didn’t start thinking about acting until I got to college. A lot of what they taught me—how to approach a character, what my investment in the story was, what I wanted essentially—was what I was using at that period of my life. And still today.

EDGE: What do you consider your ﬁrst really good performance? 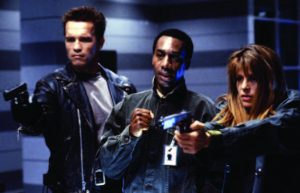 JM: [Laughs] My ﬁrst really good performance. Hmm. Well, it depends. On a professional level? The Brother from Another Planet is still my favorite ﬁlm. I played Colin Powell on stage in Stuff Happens, which was an amazing experience.

EDGE: You’ve served as a narrator on a number of historical projects.  Are you a fan of history?

EDGE: You’ve also worked on dozens of TV series. Is there a moment that stands out as being particularly memorable?

JM: I did a series years ago called Equal Justice. Vanessa Bell Calloway played my wife or played my girlfriend in the series and she got killed. I’m a lawyer, the head prosecutor. I don’t necessarily try that case, but I ﬁnd out later that the guy gets off, he gets away with it. There was a moment between Cotter Smith and me in an empty courtroom were he tells me what happened, and I sort of respond to it. That’s one of those moments where you’ve hit it and you know you’ve hit it. It felt really good.

EDGE: Is directing something you’d like to do more of?

JM: I would. I was hoping that Proof was going to carry on a bit longer. I was hoping to direct an episode or two of that. So yes, I would like to do more directing. I really enjoy it.

EDGE: Where do you go for “local ﬂavor” when you’re home?

JM: I enjoy cooking, so I don’t go out to restaurants often. But when I don’t feel like cooking—or have just returned from traveling and just want to go out quickly to get something to eat—I tend to go to the Court Jester in Matawan. It’s near where I’m staying. It’s a cozy sports bar. I like the easy vibe of it.

EDGE: What is it that drew you to New Jersey? 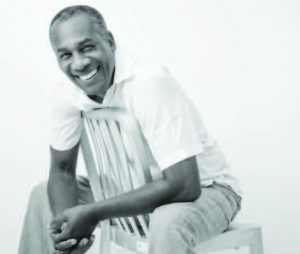 JM: Well, I was married and I had kids, young children at the time. Montclair, if it has an industry, it’s education—it has great public schools. So we found this house on a cul-de-sac, next to a park, with a red-leaf oak in front of the house. And that’s what drew us to New Jersey. It was a place that we could afford and it had great schools. It was this beautiful sort of diverse neighborhood, that had a park at the end of it, and that’s what got us there.

EDGE: What have you come to appreciate most about the Garden State?

JM: I think the thing that comes to mind always is that most people outside of New Jersey only think of what they see when they exit either tunnel on their way out of the city. What’s great about the Garden State is just that—that it is a garden state. It’s actually a beautiful state. There are areas of New Jersey that are just wonderfully attractive and beautiful, especially in the fall. It’s not the oil reﬁneries or whatever is outside of the tunnels. People need to spend more time looking at the landscapes of New Jersey.

Editor’s Note: Robert Piper is a freelance writer based in Chicago. He has written extensively on the subject of meditation and has taught physicians, psychologists, physical therapists, athletes, and business professionals. Robert spent nine and half years studying with a Taoist monk until he received the title of Master. He is the author of the popular book Meditation Muscle. 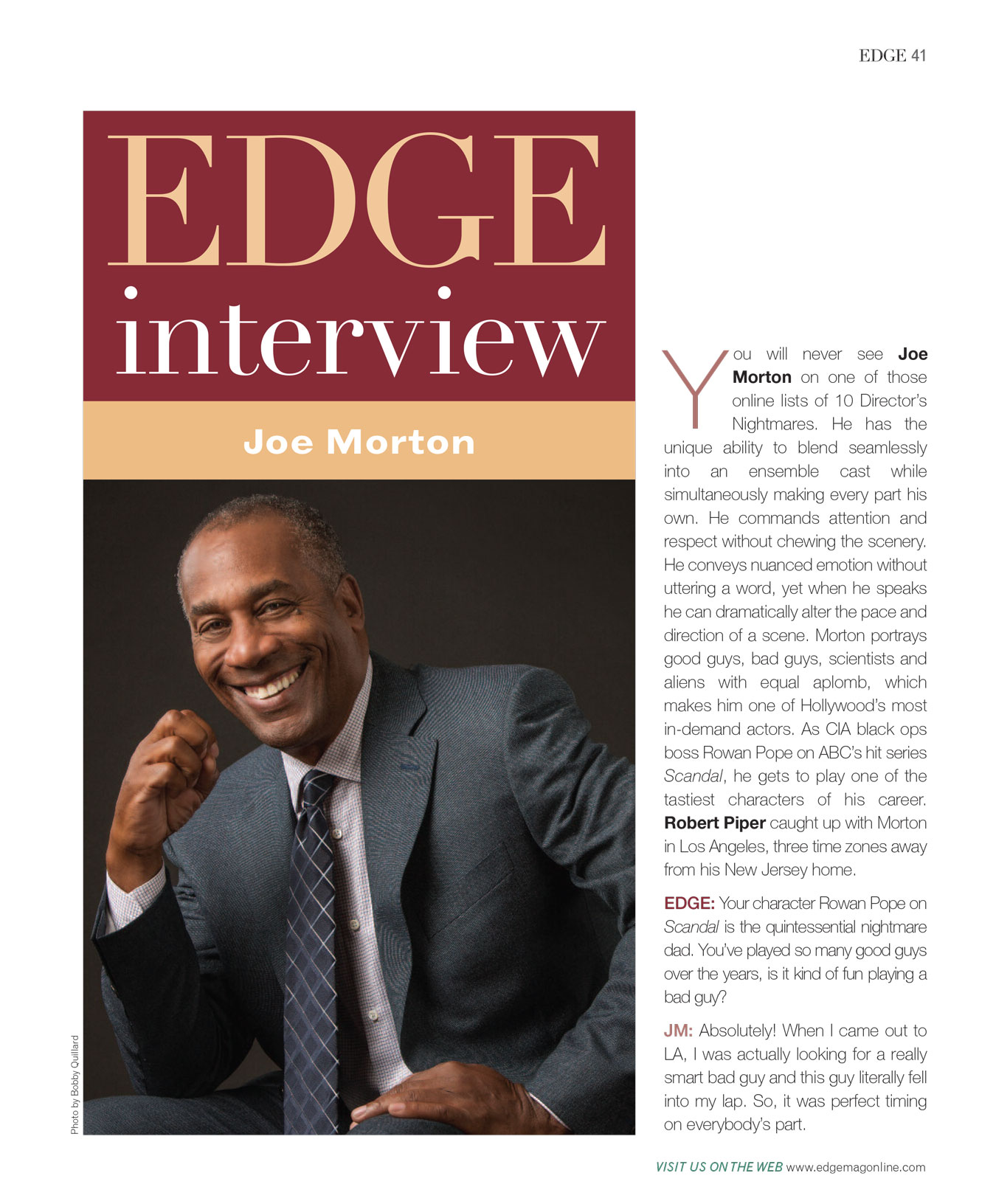