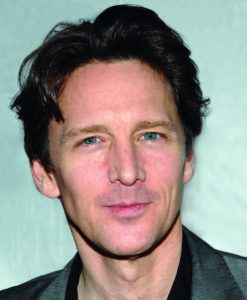 Who knew? Behind the gentle, sensitive blue-eyed preppy we all took Andrew McCarthy to be, there beat the heart of an introspective adventurer and master storyteller? In his second life as a globetrotting journalist, McCarthy has contributed to National Geographic Traveler, Travel+Leisure, The Wall Street Journal and The New York Times. He also authored The Longest Way Home: One Man’s Quest for the Courage to Settle Down. EDGE Editor at Large Tracey Smith set out to determine when, why and how this Garden Stater transitioned from beloved actor to best-selling writer. As she discovered, these are merely two facets of the same glittering artist.

EDGE: It takes a tough skin to be an actor and to be able to put yourself out there, in front of people. When you look back at your career what enables you to do both?

AM: I don’t know if it takes a tough skin, but to have one it helps. Most people who go into acting probably don’t have one. I guess you develop one over time— 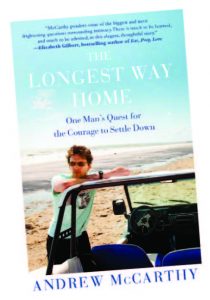 or you just get beaten up enough and grow immune. I cannot imagine what else I would do, I’m not qualified to do anything but act. When I was a kid and discovered acting, I was 16, in high school. I was in my first play, and I had an amazing experience. I felt at home with myself, like I had never felt before, and the decision was made in that instant that there was no decision to make. It was just something I was going to do.

EDGE: Did writing hold the same kind of appeal?

AM: It was a similar feeling of relief, a feeling of being at home with myself. I have been lucky to say that my passions have become my jobs, which is a good thing—and I don’t know any way else to do it.

EDGE: Your travel writing tends to take you to the ends of the earth. Is that something you’ve done consciously?

AM: I find remote destinations interesting. I’m looking to be placed outside my comfort zone. I live in the city, so I like going to the Sahara Desert or Patagonia. Those kinds of extreme places really get my attention and wake me up in a way. It’s important to travel the world. It’s sort of a responsibility to see and experience as much of the world as we can. It makes us better people and more responsible global citizens, as it were. And also I find it’s fun as hell, too! I have a globe in my house and sometimes I just sit and sort of spin it. When I find a spot I don’t know about, often that’s reason enough for me to just get on a plane and go.

EDGE: Do you feel like a different person when you return from one of these adventures?

AM: Paul Theroux said, “You go away for a long time and return a different person…you never come all the way back.” In a certain respect that’s true. I’m an accumulation of whatever has happened to me—whether I am on the road or whether I am home. I find I am a better version of myself when I’m on the road. I’m more interested, I’m more curious, more open, braver, more engaged, more right-sized. When you get home it actually seems as if the effects wear off instantaneously. But the real changes, the deeper changes, go much deeper than that. They’re much more substantial.

EDGE: Is your family fully behind your new career?

AM: They are pretty aware that it’s the thing for me to do. Some people like to go to the gym. I like to go to Ethiopia (laughs). 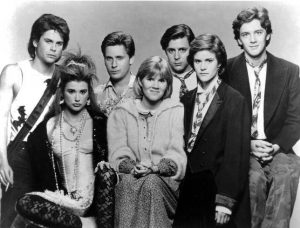 EDGE: Has your travel writing fine-tuned your acting in any way?

EDGE: I’m guessing a lot of your fans are anxious to know whether you are close with any of the actors you worked with in your “Brat Pack” days.

AM: I don’t keep in active touch with any of them. That’s the power of movies, you know, just to freeze a moment of time. We were so public at that time. People took a snapshot of us and they hold on to that snapshot. Everyone evolves from their 20’s to when they’re in their 40’s, so hopefully we are all evolving. When I look at these people from afar, I see them doing all sorts of interesting things with their careers. For instance, Emilio Estevez has gone on to direct some very interesting movies. The Way [co-starring his father, Martin Sheen] was just a very lovely movie.

EDGE: When you look into your crystal ball, what do you see five years from now? Do you want to be a playwright?Write a biography?

AM: Write a biography about someone else? No, I don’t see myself ever doing that. I do have a novel that I have been finishing and also an idea for another non-fiction book. Things just seem to have a natural evolution as they present themselves, so I try to pay attention and follow that. I’ve never been one of those people who has a good five-year plan. Whenever I do, it gets completely derailed.

EDGE: Mark Twain maintained that, 20 years from now, you will be more disappointed by the things you didn’t do than by the ones you did do. “So throw off the bowlines, sail away from the safe harbor. Catch the trade winds in your sails. Explore. Dream. Discover.” Would you agree?

AM: Yeah, I think that’s very true. And that’s the thing that travel does, it obliterates fear. It did in my life. I think that’s 95 percent of what Twain is talking about. Fear is not a viable thing to dictate our behavior. It does too often. It’s a wet blanket. Fear complicates your success. And it masquerades as many things. The challenge is identifying fear, whatever that fear may be. EDGE

Editor’s Note: The Longest Way Home (2012, Free Press) will be available in paperback this spring. In its review of the book, The New York Times described it as “a good book about a good man who’s trying good and hard to figure himself out.” Andrew grew up in Westfield and Bernardsville. He lives in New York City with his wife and daughter. 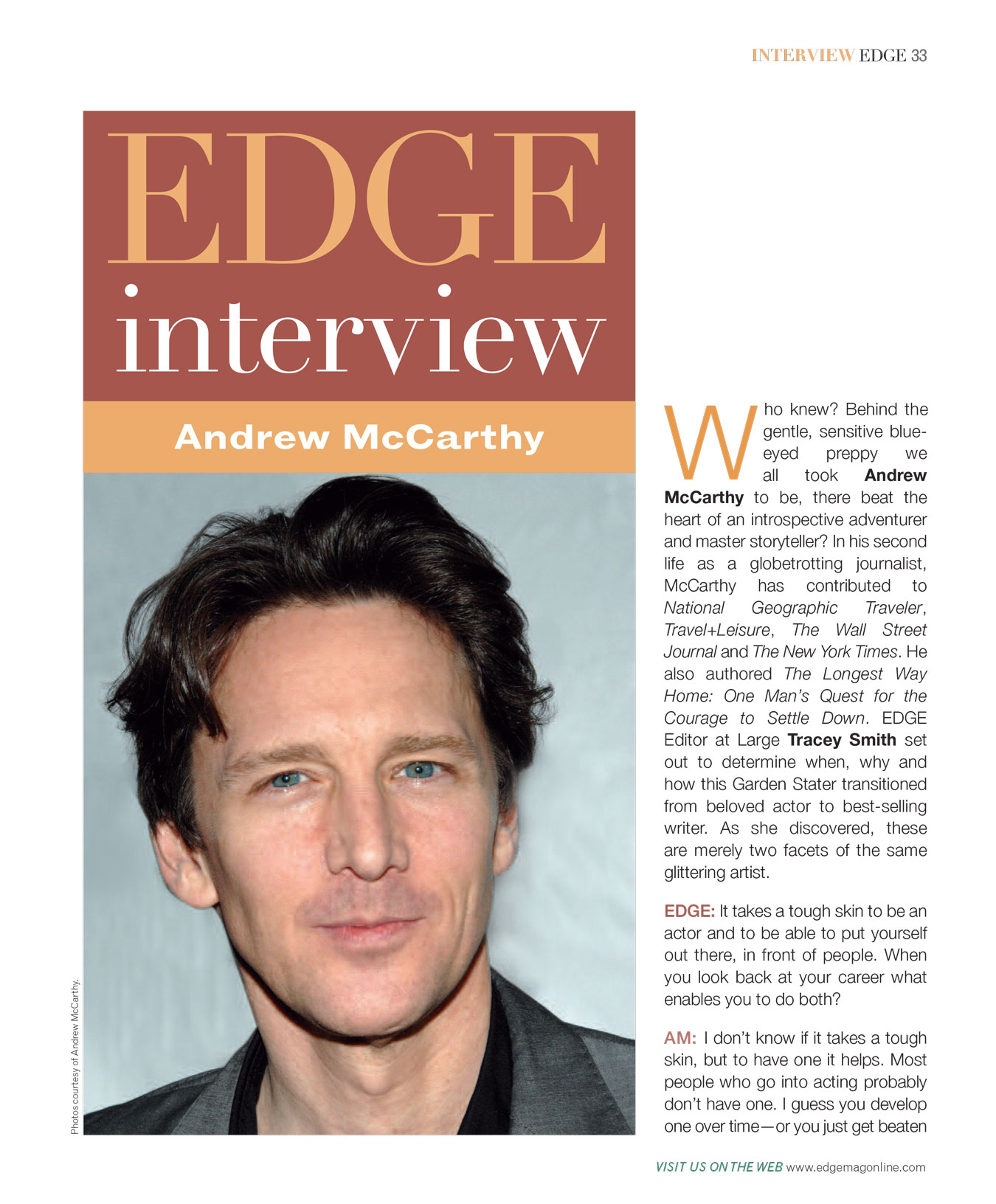