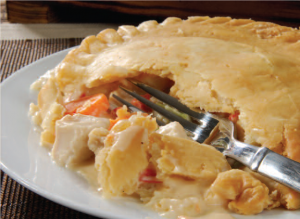 The longer I live in New Jersey, the more I am struck that it is a state of contrasts. As I drive by the belching smoke and stench of Linden’s refineries, I can’t help noticing that I am surrounded by license plates trumpeting the fact that I am in The Garden State. Wishful thinking? Not for those who venture beyond the toll roads to discover acre upon acre of corn, tomatoes, eggplant and squash, orchards of apple, pear and peach trees. To be sure, much of New Jersey may not be a fresh produce Eden. Yet to the epicurious, there are wonderful pockets of natural and sustainable farms worth investigating and patronizing. Among the state’s most praiseworthy resources are its naturally raised poultry farms, chief among them the idyllic Griggstown Quail Farm. If the ubiquitous, bland and rubbery-to-the-touch national chicken brands don’t excite you, it’s time to head out to Griggstown. Not only do they raise young succulent chicken and tasty marinated poussin, they also offer seasonal treats: Capons and Red Bourbon and natural turkeys at Thanksgiving and Christmas, pheasants and quail in the fall and winter, not to mention Mallard and Muscovy ducks.

Griggstown’s game birds are so good that at least three times a year, I drive 90 minutes to the Princeton area—a sort of culinary hadj—to stock up on pheasants, butterflied and marinated poussin, quail eggs, chicken pot pies and homemade soups. I know I’m almost there when a runaway pheasant skitters across Bunker Hill Road like a Park Avenue matron in spiked heels tearing toward a pre-sale at Bergdorf’s. Sometimes these free-range birds fly the coop and make a fast getaway, relocating into suburbia. However, it’s a sad, but delicious, fact that the majority of unlucky quail, poussin and pheasants—raised in acres of fenced-in, open-air habitats—are headed to Zagat-rated restaurants, gourmet butchers and trendy dinner parties, pleasing foodie palates around the Tri-state and beyond.

The story behind their unlucky fate stretches back over 40 years. It’s an inspiring tale plucked from entrepreneurs’ annals of vision and success. It started with a teenage lawn boy with a dream named George Rude and the farm owner, Peter Josten, who also happened to be in the restaurant business. On returning from Vietnam a few years later, Rude, then in his twenties and a game hunter since childhood, approached Josten with the idea to raise game birds as a business. Josten supplied two acres, his contacts with high-end New York restaurants and, voila, Griggstown Quail Farm was born. Today, the farm has grown to 70 acres and Rude has not rested a day since raising his first quail. His business has grown selling his produce—poussin, chicken, quail, pheasant, turkey and capons—both retail and directly to customers at farm markets. In 2002, he built a small market on the farm and in 2004 hired Matt Systema, a young chef, who trained at the Culinary Institute of America, Café Boulud in New York and the Ryland Inn in New Jersey. Chef Matt creates a range of prepared products including chicken salads, a variety of chicken sausages, turkey burgers, turkey and chicken potpies, quiches, fruit pies and homemade soups.

In addition, farm-laid chicken and quail eggs are also sold. Stay tuned, as they are building a 4,000-square-foot kitchen with bigger plans for the farm vegetable produce and someday perhaps an eat-in area. A separate off-shoot company (Rudy’s, which is owned by Rude’s brother Peter), delivers game birds nightly to gourmet restaurants that stress high quality and locavore trends. Griggstown chicken, quail and pheasants have been sighted on menus of New Jersey dining spots ranging from Eno Terra in Princeton, Nicolas in Red Bank, and Hamilton Grill Room in New Hope to The Blue Bottle Cafe in Hopewell and the Bernardsville Inn. In a rush? Today you also can find some Griggstown products such as chicken sausages, chicken pot-pies at farmers’ markets as well as at your local fine-food purveyor. Bob Sickles of Sickles Market in Little Silver has carried Griggstown products for five years. “You can’t beat the quality of their pot pies,” he says. Sickles also orders from Griggstown his family’s Thanksgiving Red Bourbon turkey, which can be purchased “oven-ready” and is a revelation in juiciness.

If you are one of the many daunted by the mere thought of cooking game birds, some—like the marinated poussin—come in air-tight bags with cooking instructions so easy that my husband, a self-professed grill-o-phobe, barbequed them with confidence and great results. (I did take five minutes off the cooking time because our grill’s heat is more intense than the norm.) Even our dinner guest, a hunter and picky gourmet famed for returning nearly every meat entrée he orders at restaurants to the kitchen, was pleased and impressed. The cook felt like crowing! 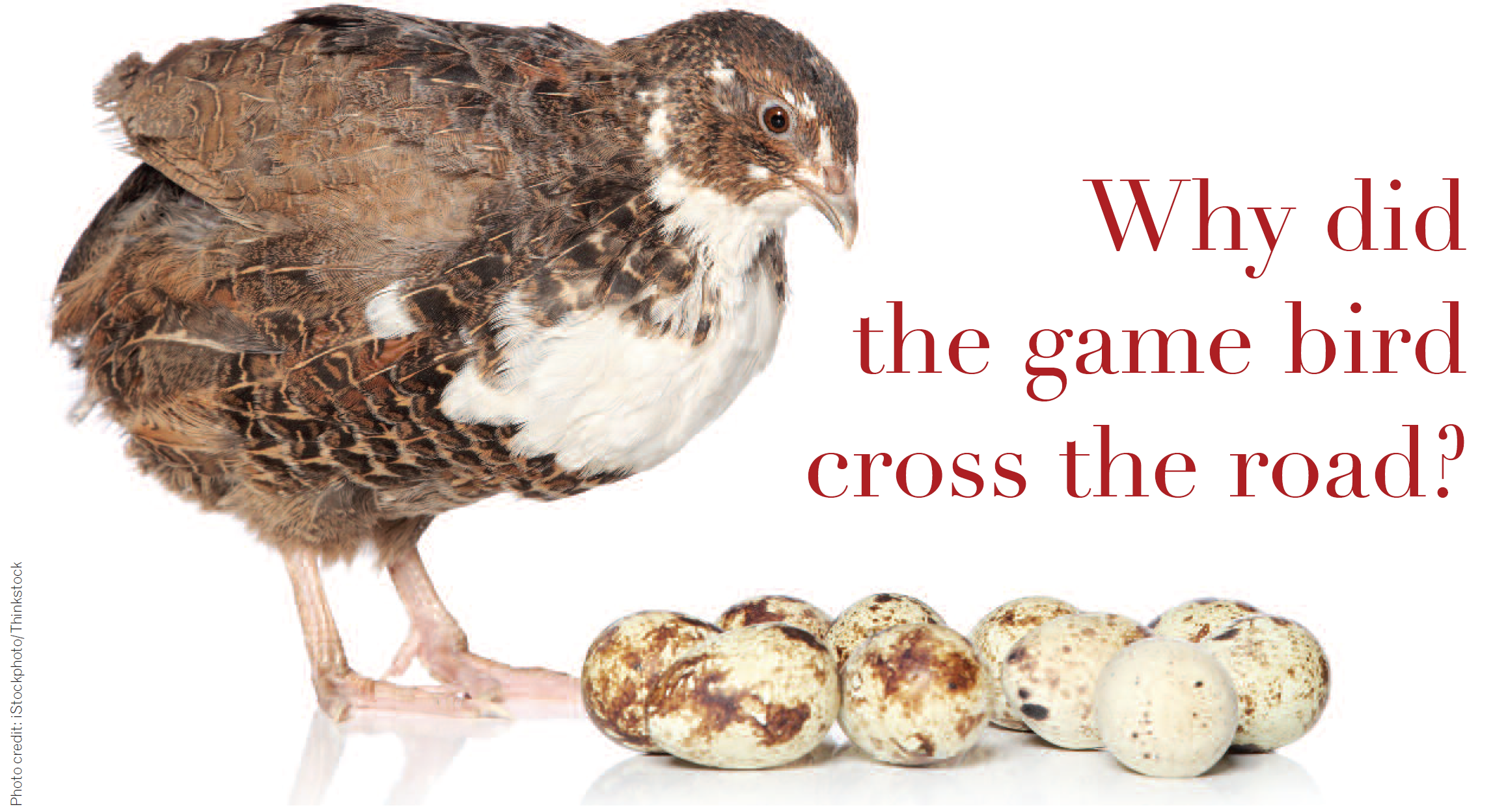 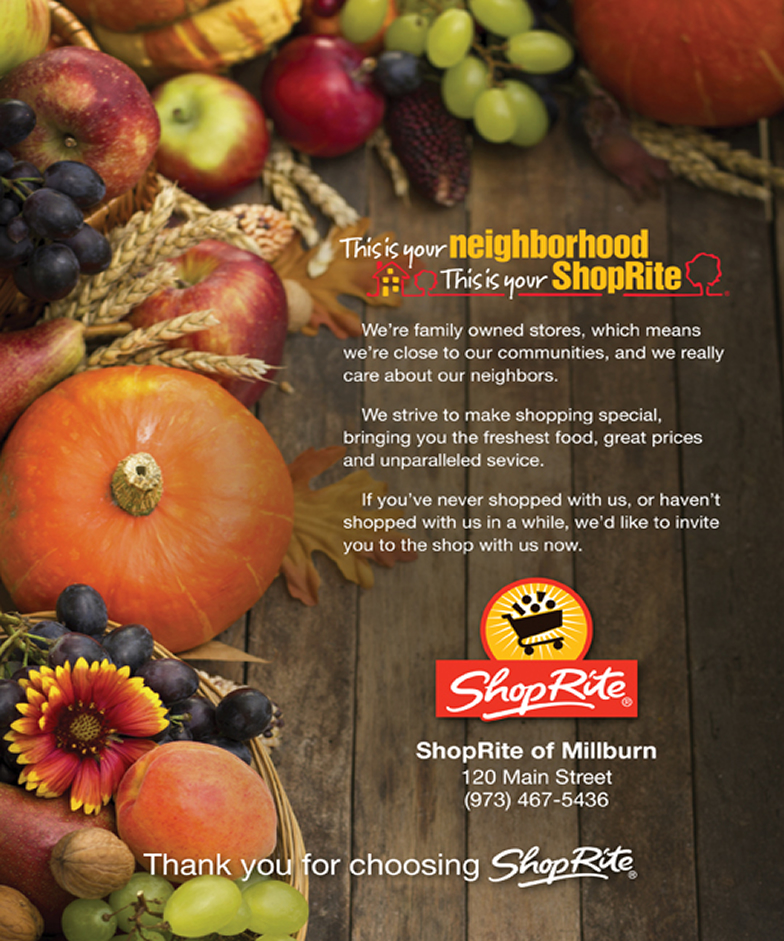