It’s about time you knew…there’s a world of great watches beyond Rolex and Omega.

As the holidays approach, gift-giving (and for some, receiving) moves from the back of our minds to the forefront, and it can be a little daunting. There’s that fear of disappointment, or worse, of apathy: that moment when a given gift falls ﬂat, when we know, inevitably, that the piece of technology or some object of temporary charm will ﬁnd its place in the back of a drawer, forgotten. Then again, we can also remember the time we gave or received gifts we knew would last: objects that we would carry with us or use for as long as we could, until they broke or were lost or, we hope, passed down. And for so many, that gift is a singular object: a watch.

There’s no doubt to the appeal of a mechanical watch. (A note to novices: all watches are either quartz—which run on replaceable or rechargeable batteries—or mechanical; the latter are far more desirable because with regular maintenance they can, in theory, last forever.)  And yes, many now use their phones to tell time, or a device such as an Apple Watch. Yet there’s nothing to be passed down there, nothing lasting. I remember the ﬁrst watch my wife gave me with vivid detail—with the same remarkable clarity as the memory of the Christmas when I received my ﬁrst bicycle. I could not tell you a single moment of signiﬁcance that I associate with purchasing or being given a piece of technology (save the Nintendo I received when I was ﬁve, but I digress). Simply put, when one has come of age, or is celebrating a beginning or ending of a signiﬁcant moment in his or her life, no singular gift can carry the memory of that moment into the future like the gift of a timepiece.

For many who can afford the price of timelessness, Rolex and Omega are the ﬁrst brands that come to mind. And it’s easy to see why. Make no mistake: Rolex’s logo is a crown for a reason. According to Forbes last year, Rolex is the most trusted company in the world, besting the likes of BMW and Walt Disney, Google and Lego. Everything about a Rolex watch—its ﬁt and ﬁnish, its design and reliability—is unmatched in the industry. Right behind Rolex is Omega, a company that may not have as many iconic designs in its portfolio (though timepiece aﬁcionados do covet the “Moonwatch,” an iconic Omega chronograph that was the ﬁrst watch on the moon, and which is still in production today), but whose product is equally reliable. Some even believe that, from a horological standpoint, (fancy-speak for the design of the actual movement inside the watch), Omega is the more cutting-edge, innovative watchmaker

These are all overly popular watches. They are popular for good reason, but still, it’s rare to see something other than a 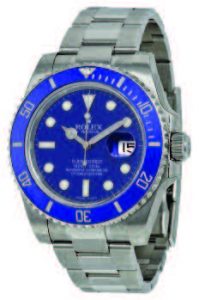 Rolex Submariner (left) or DateJust, or an Omega Speedmaster or Seamaster, or a Cartier Roadster or Tank on the wrist of someone who has been given (or who has bought himself or herself) a nice watch.So, what are some alternatives for those who want something a little different?

A fantastic choice for those who value the reliability and styling of a brand like Rolex is Tudor, a close cousin to the most famous watchmaker in the world. For a while, Tudor was owned by Rolex, 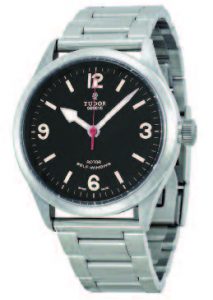 and beneﬁtted from the overlap: Tudor watches from the 60’s and 70’s mimicked Rolex designs and matched their quality. Components were often machined using the same processes and materials. The only difference was on the inside.

Where Rolex would use its own “in- house” designed movements, Tudor movements were made out-of-house, often by a group called ETA (which is owned by the Swatch Corporation). Unfortunately, Tudor’s watches weren’t available in the United States between 2004 and 2013, but in their reentry, Tudor challenged the watch market with a number of reissued sport models they released in the 60’s and 70’s. Today, Tudor has become a powerhouse in its own right. Its watches are still held to a high standard, and it has begun producing its own movements in-house, which is a big deal in the watchmaking world. Models such as the Tudor Black Bay, the Tudor Heritage Chrono Blue, and the Tudor Heritage Ranger (above) are all fantastic, (relatively) affordable timepieces that will last a lifetime.

Another brand that is not very well known outside the watch world is Panerai, which is notable for its large, masculine, easily-readable watches. Panerai’s two iconic styles—the Luminor, with its distinctive crown guard, and the Radiomir (below) 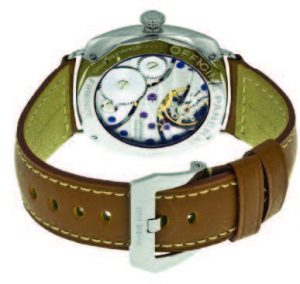 , with its wire lugs— seem bulkier than most watches. But this design is what makes them unmistakably Panerai, as most dials feature large numerals and thick steel cases. Like all Panerai models, they have their heritage in the brand’s link to the Italian Navy, so they are technically dive watches—though most come on Panerai’s famous thick leather straps. The brand is actually Swiss, although if you ever visit Florence, you can still stop in to Panerai’s ﬁrst shop, in the same plaza as the city’s famous Duomo. Another brand that is a bit unknown outside of the watch world is Jaeger LeCoultre (JLC). There’s a cliché among watchmakers that almost every famous timepiece has “a little Jaeger LeCoultre in it.” For decades, Jaeger played a literal role in production for many household-name watch companies, often supplying them with JLC-designed movements. Today, JLC continues to lead the way in horological innovation. Its most famous design is the 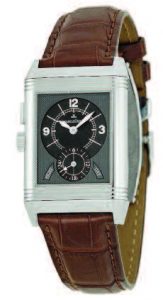 Reverso, (left) a rectangular dress watch in which the face can be ﬂipped around to protect the crystal. It was originally designed to be worn by polo players. Like Panerai, Rolex, and Omega, there’s a high entry point into a watch of this quality, but for those in the know, Jaeger LeCoultre offers more pedigree, history, and iconic design than most other famous watchmakers.

Imagine, years from now, you or a loved one wearing a timepiece made by a company that you had never heard of before—one you might wear for your whole life and then pass down—all because you were willing to look for something a little unexpected. EDGE

Editor’s Note: If you ﬁnd yourself looking to buy a watch that will last more than a lifetime, there are a lot of superb options, and they extend far beyond the ubiquitous offerings of the two watch brands most people can name. All these brands offer wonderful products and world-class service. To learn a little more, visit their websites to ﬁnd your nearest retailer, and check them out in person. 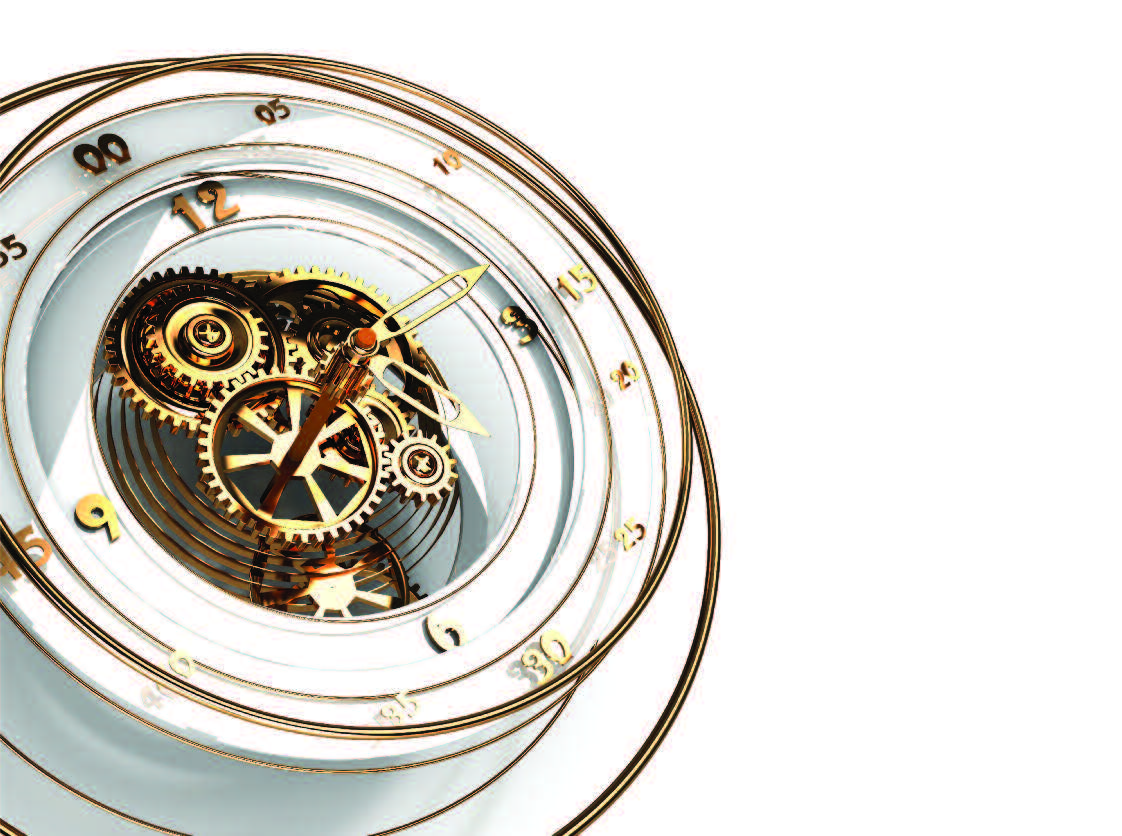