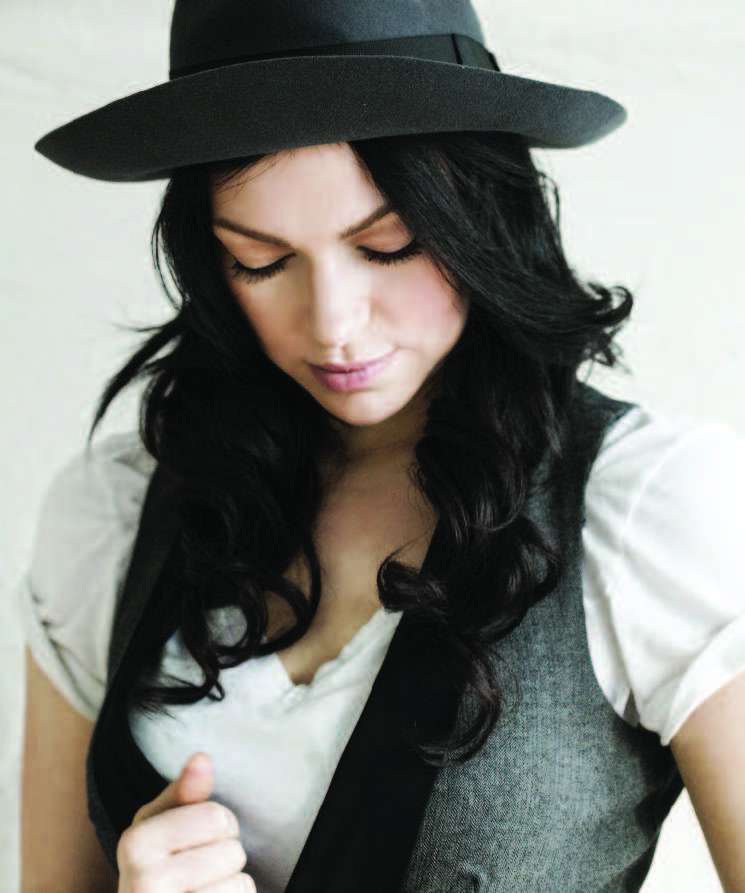 A good actress knows how to make a part her own. A great one makes you wonder how anyone else could have possibly played it better. Laura Prepon has a knack for creating indelible characters and a talent for commanding the screen. In her third season as Alex Vause on the hit Netﬂix series Orange Is the New Black, she brings new depth to a character that already ranked among the most complex and conniving on television. Born and bred in Watchung, Laura had what many might consider an unconventional upbringing. As Gerry Strauss discovered, that upbringing not only seemed perfectly natural…it gave her the conﬁdence and freedom to become a star.

EDGE: You had a successful career as a model when you decided to throw yourself into acting. Why make what was really a risky switch?

LP: It’s funny, because I was always really great at science and I was going to be a surgeon like my father. That was my plan, to become a doctor. But as a kid, there was something missing from my life. I always knew there was something I was searching for, but I didn’t really know what it was. None of my friends were actors, or remotely involved in the drama department in my school, which was non-existent. Anyway, I started modeling when I was 15 and had a chance to move to Europe. My mother said, “Go.” 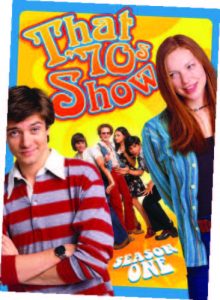 LP: I had a very unorthodox upbringing, but in an amazing way. My mother trusted all of us implicitly and treated us more like her friends than her children. We were all very independent and took care of ourselves at a young age. She totally instilled conﬁdence in us, as well as the sense of being an individual. So I moved to Milan at 15 and lived there for about a year and a half. I loved living abroad and I loved living on my own at such a young age. It really makes you grow up quickly. The ﬁrst acting I did was an Italian Uncle Ben’s Rice commercial. I did that job and I was just like, “This is awesome.” It was more along the lines of what I was searching for. So I quit modeling and I moved home. I said to my mom, “I want to try this acting thing.” She’s like, “Okay.” She was totally supportive, as she always is. I never in my life even mentioned getting into acting and now I’m saying I want to be an actress. She’s like, “Great, yeah.” I started acting, got the part on That 70s Show that year and moved to Los Angeles in 1998. I’ve been living here since. It really was just one of those things that was meant to be, even though it wasn’t the path I was on.

EDGE: So that was it for modeling.

LP: I never wanted to model. I’m the youngest of ﬁve kids and my eldest sister was working at Glamour magazine. I was always tall and skinny as a kid and she suggested I try it. I’m like, “No. What? Why would I ever want to model?” She said, “Go to this agency.” I literally took these 4 x 6 photos of us from a Mediterranean cruise and they signed me. That was it. And a month later, I was in Milan.

EDGE: What do you think made you so immediately appealing as a model and an actress?

LP: I’m trying to ﬁgure out how to answer your question without being like, “Yeah, I have that It Factor.” What I will say is that I know that I’m not like other people. Even growing up, I always looked different. I have red hair. I have a deep voice. I’m tall. I always was outside of the norm. I was not a cookie-cutter blonde cheerleader. It’s funny, while I was on That 70s Show, obviously, I’m being sent for movies, but I wouldn’t get them. I’m like, “What’s going on?” I would get weird and introverted about it. I would talk to my team about it and they’re like, “Laura, this is a great thing. You’re not cookie-cutter. You are you. You’re an individual, and when people get you, they get you—and nobody else can play the roles that you play.” Now, as I’m evolving into myself and becoming a woman in this industry, I am so happy that I’m different. I am so happy that I’m not a cookie-cutter actress, because those are the roles that stand out, the roles not everybody can play—roles that are unique and make an impact. I love that part of me, so it’s great.

EDGE: That 70’s Show has had great success in syndication. Is it weird to still see yourself during those younger days, when you were still growing up and developing your identity?

LP: You know, that’s interesting because a lot of the jobs that I’ve done are so tied to that point in my life, and that’s awesome. Honestly, I love it. When I see That 70’s Show now I literally get such a nostalgic feeling out of it. When people look back at their school yearbook from high school or college and have all these memories—that was That 70s Show for me. I think about growing up with my co-stars. I saw Topher Grace yesterday. We had lunch together, and we were just talking about the show and how it had such an amazing impact on our lives.

EDGE: What happened after the series wrapped?

LP: Two weeks later, I jumped onto a show called October Road and played a woman named Hannah Daniels. It’s funny because at that point, it was as if I’d “graduated” from That 70s Show. Hannah was a young mother. It felt like leaving high school or college and getting that ﬁrst job in the real world. Psychologically, moving from a character like Donna into a character like Hannah was like transitioning in my life.

EDGE: What does it feel like to play Alex Vause in Orange Is the New Black?

LP: Getting into a show like Orange Is the New Black has been really interesting. Playing this amazing, incredibly powerful woman who’s also delicate and vulnerable. I was literally going on a hike with Jenji Kohan, the creator of our show, the other day. We were talking about the third season. My character, Alex, is going through a lot of things with her relationship with Piper Chapman. That vulnerability, and her being in love with this woman and their relationship, is so tumultuous. I’m like, “Jenji, it’s so funny because when we were ﬁlming Season Three, I feel like there were a bunch of things in my own life that were making me vulnerable. It shows how much art imitates life and life imitates art.”

EDGE: Is Alex the perfect part for you?

LP: Playing Alex Vause right now is so perfect for me, at this point in my life, because of all the amazing things I’m dealing with. There are scenes where I can be strong, and others where I could massively break down. So, yes, it’s perfect for me right now. It’s really interesting how things line up with the periods of your life.

EDGE: In what ways have you changed since migrating to the West Coast?

LP: I’ve changed in many ways, in the sense that I’ve developed and grown so much as a person, as a friend and as a sister. The Jersey in me will always be there and I love it so much. I miss it when I’m not there.

EDGE: In what ways are you still a Jersey girl?

EDGE: At what point did you start to focus on maintaining a healthy and natural diet?

LP: Growing up, my mother was a gourmet chef and an advocate of organic food, so we always had amazing organic food. And it’s always been a hobby of mine to read health and ﬁtness and diet books. The more research I did over the last 15 years or so, the more I learned about the adverse effects of pesticides and what GMO’s—genetically modiﬁed organisms—actually do to your body. It’s pretty scary. When you ingest GMOs, your body and your liver don’t know what to do with them. So they get stored in your body fat as a toxin, because it’s like a foreign substance.

EDGE: And now you are writing a book on the subject. That’s a huge undertaking. Why is this project so important to you?

LP: Essentially, I have been struggling with a bunch of different ailments in secret for a long time. I was doing all of this research and reading all these books, seeing all these doctors and spending all this crazy money and taking all these pills. None of that was working, and then all of a sudden, I started to heal myself by working with an integrated health coach, Elizabeth Troy. She really started to heal me for the ﬁrst time. So we decided to write a book together. Soon we’ll be able to help a lot of people.