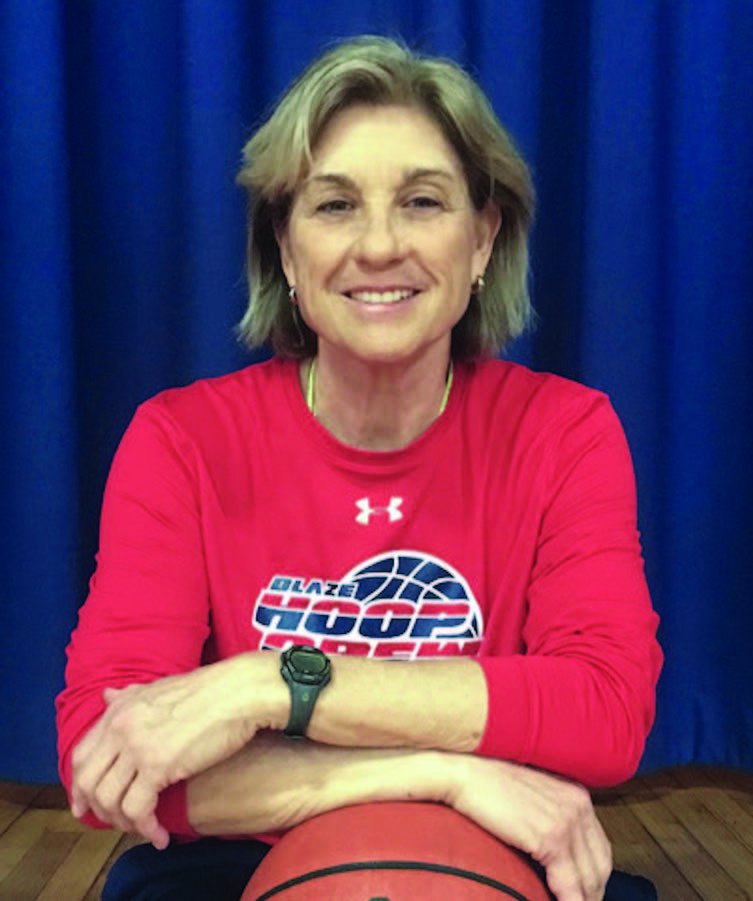 In the lexicon of basketball, “B.C.” has its own particular meaning: Before Carol. That’s because, for women’s basketball fans, everything that happened prior to the moment that Carol Blazejowski made her debut for Montclair State is ancient history. She not only brought a complete game to the ﬂoor, she brought a completely different one—pouring in layups and jumpers, suffocating opponents on defense, and ﬁnding open space and teammates where none seemed to be. In elevating her team and her sport, Carol also brought basketball fans out of their seats. She set a Madison Square Garden record with a 52-point game in 1977 and ﬁnished with more than 3,000 points in four varsity seasons. Born in Elizabeth and raised in Cranford, she is a Jersey Gem who actually played for the Jersey Gems! Mark Stewart talked to “The Blaze” about the twists and turns of life in basketball, and the ways in which she has tirelessly pushed her sport toward bigger and better things. 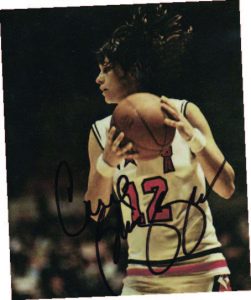 EDGE: When you were setting records at Montclair State, you were playing a three-dimensional, vertical game when most players in women’s basketball were still in a two-dimensional, horizontal mindset. How did you develop that approach?

CB:  From a physical standpoint, I was very athletic, so that came naturally. I honed my skills against guys. You had to be sharp, you had to think ahead, so that led to my mental approach. I couldn’t compare to their strength or agility or size, so I had to become more cerebral to gain an advantage. 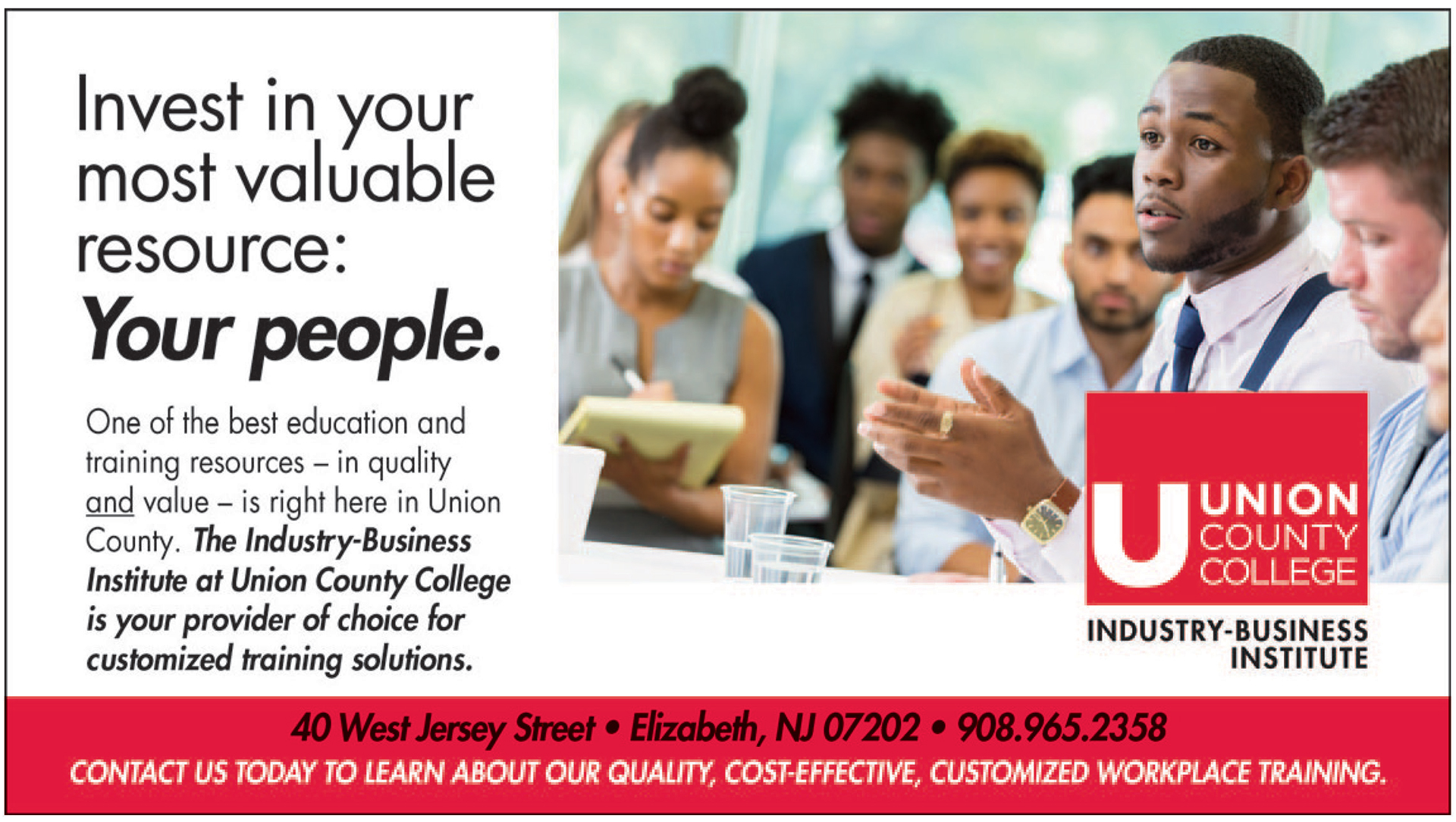 EDGE: What made you choose Montclair State?

CB: I really didn’t have many choices. Title IX was a law but no one was in compliance with it, so there weren’t scholarships. We had limited resources, I was lower-middle-income, so it was really about economics and also proximity—my parents could come and watch me. Montclair State had a relatively good basketball team at the time. Also, I was going to be a Phys Ed teacher and it was a teacher’s school.

EDGE: The New York Times, Sports Illustrated, and other media outlets really jumped on your story. How did that coverage change your life, and what did it do for women’s basketball?

CB: We were so good at Montclair State and the media really took notice. We were playing a national-level schedule and were part of the sports conversation in the metropolitan area. It certainly helped when we had that record-setting performance at Madison Square Garden, when all of the New York journalists were there. That really opened people’s eyes to, one, Wow women really can play and, two, people really wanted to watch women play—there were 12,000 people in the Garden that day. The writers took it and ran with it and I am very grateful for that. It was their voice that helped propel us and garner interest in the general public.

EDGE: Was there a lot of focus on the 1980 Olympics, for you and for the sport? 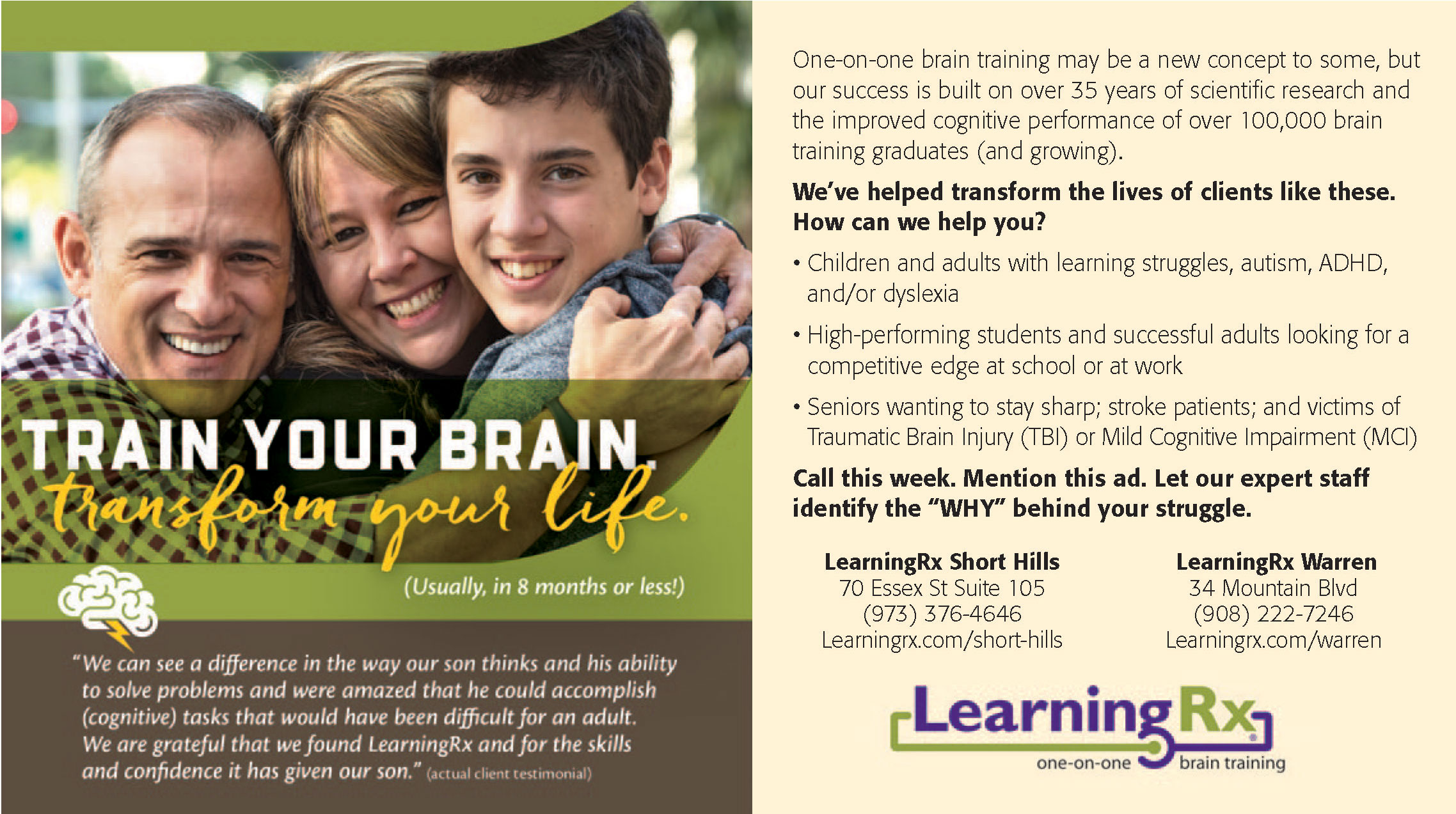 CB: Yes. I was the last player cut from the 1976 Olympic team, so that was fuel and motivation for me. It really inspired me during my last two years in college. Also, it was on the heels of the 1980 Winter Olympics in Lake Placid and everybody was so excited about the U.S. team’s hockey championship. Also, the 1976 Olympic women’s team had won silver—Russia was the team to beat, so there was a lot of build-up.

EDGE: You were in a tricky position at that time because of the amateur rules, which forced you to choose between the Olympics and joining the women’s professional league. You would have been its marquee star—

CB: Oh, yeah. Listen, I lost a lot of money over the years because of this silly rule with the AAU and non-professional. However, I was laser-focused on my goal of making the 1980 Olympics. No amount of money or anything else was going to change that. I ﬁgured if we won the gold medal, subsequently there would be other opportunities to beneﬁt from that, both ﬁnancially and with a job. 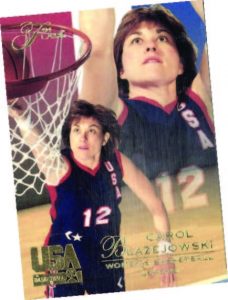 EDGE: Every athlete has a moment that makes them want to put their ﬁst through a wall. Was that moment for you when President Carter announced the U.S. Olympic boycott?

CB: Yes. That was true for all of us, not just the women’s basketball team. We’d sacriﬁced a lot—not just in money but in time and effort and commitment. Some people actually left school to go and train. The Olympics isn’t supposed to be political, and clearly it was.

EDGE: What was the experience like playing for the New Jersey Gems? 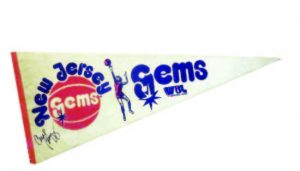 CB: The quality of the play was great. The game was very athletic. Our home court was the South Mountain Arena in West Orange. It was over ice and they never turned the heat on, so it was an interesting environment we played in. But, you know, these athletes—and I include myself—we would have played for nothing. It was professional ball, it was a chance to follow your passion, to mix your love with your work. I didn’t get paid the full amount of my three-year contract and of course, the league folded. But I wouldn’t have traded it for anything in the world.

EDGE: What did you do after that?

CB: I worked for Adidas. I really had two choices. I could go overseas and play, but at the time it wasn’t as lucrative as it is today. Or I could get a job. I had been afﬁliated with Adidas during my days at Montclair State and so there was an offer on the table to work in the promotional ﬁeld. So that’s what I did for 10 years. I transitioned over to the NBA in the 1990s and did licensing, and then I worked with Val Ackerman to prepare the women’s team for the 1996 Olympics and, beyond that, for the WNBA. 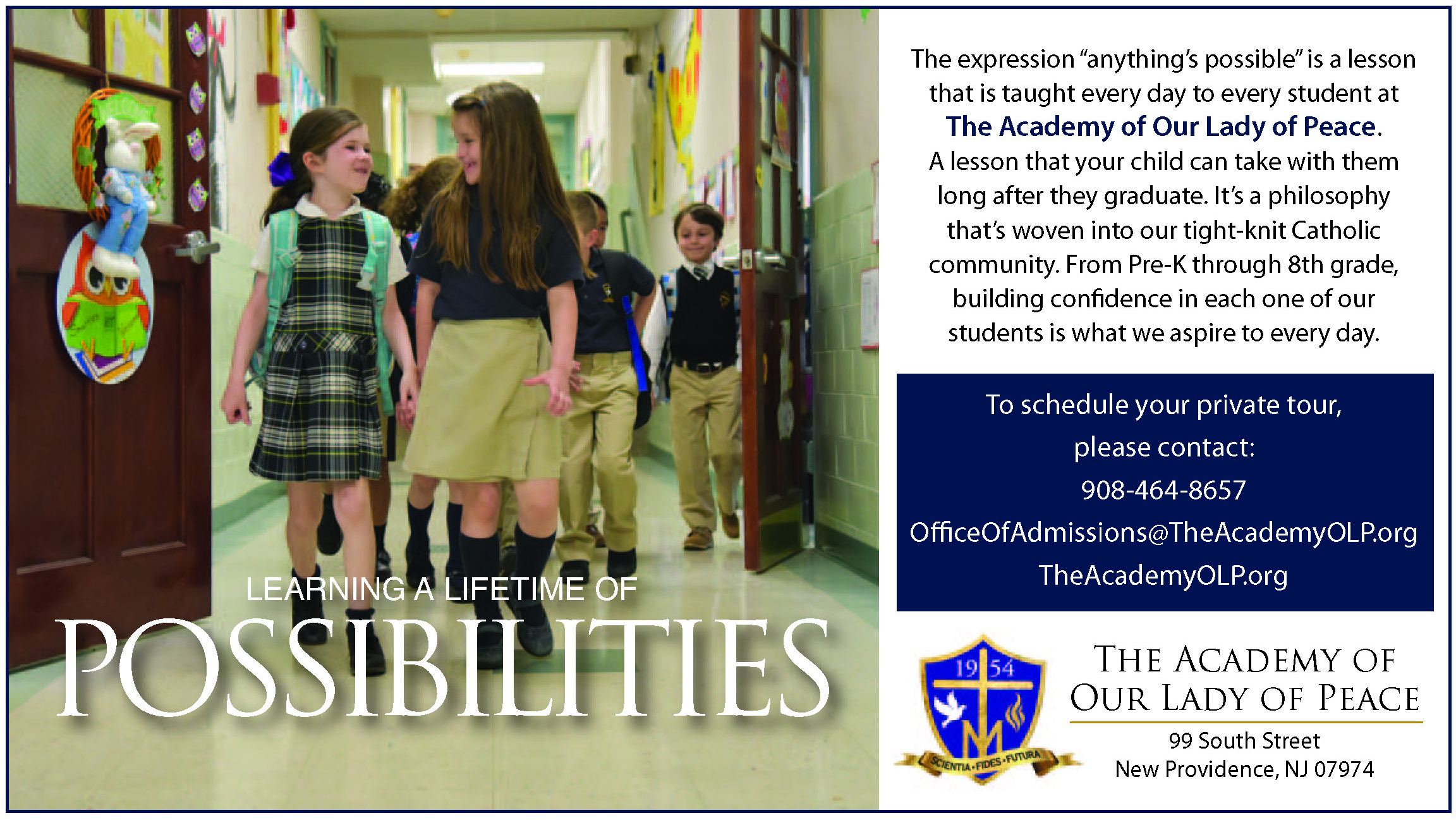 EDGE: The 1996 Olympic team captured the public’s imagination. What was it about that team and the personalities of the players that made a pro league possible?

CB: People were hearing more about women’s basketball from a media perspective and more fans were coming to games and seeing superstars like Lisa Leslie, Sheryl Swoopes, and Rebecca Lobo, who were really generating a lot of recognition. The Olympics were in Atlanta, in the United States—it was the perfect storm, the perfect launchpad, if we won the gold medal, to launch the WNBA. The plan went accordingly. It was special.

EDGE: You got involved with the WNBA New York Liberty right from the get-go—

CB: When New York announced that they would have a WNBA team, Ernie Grunfeld and Dave Checketts called and I became the GM.

EDGE: What was the most rewarding aspect of running that team? And fair warning, I’m going to ask you the other half of that question.

CB: [laughs] I enjoyed the fact that women were getting a chance to play professional basketball.  The joy and commitment they had was special. I really enjoyed going to the arenas and seeing the fans come out welcoming and embracing the sport. And it wasn’t just female fans. It was men, it was dads, it was a whole cross-section of society. That, to me, was very rewarding. And, of course, winning. You can’t leave out winning! It was about having one of the premier franchises in the league and also being very successful.

EDGE: Back then I got to know Coquese Washington of the Liberty a little bit, who graduated from Notre Dame and was working on her law degree. I realized how smart and well-educated the players were. That’s not necessarily the ﬁrst thing you think when you look at an NBA roster—Hey, I wonder if he was a chemistry major?.

CB: Listen, I had every belief that the WNBA would be successful, but the reality was that there were a lot of doubters. These women knew they had to plan for the possibility that there might be no league. They had to get their degrees. And they did just that. They were wonderful human beings, wonderful players, very inspirational, great role models, very competent, and capable on and off the court.

EDGE: What were the challenges of running a professional sports franchise for 14 seasons? What kept you awake at night? 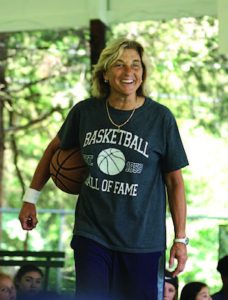 EDGE: After the WNBA, you came back to Montclair State and also started work on the Blaze Hoop Crew.

CB: Yes, I returned to my alma mater and work there for almost nine years, not in the athletic department but on the business of the college—marketing, communications, events, community relations. I left back in December. I really felt a void of being in the gym, a void of being in sports, and a void of being with kids. And I love basketball. I formalized Blaze Hoop Crew about ﬁve years ago and now I do it on a full-time basis. We do basketball programming and instructional services. It’s not AAU, it’s not camps, it’s not leagues. I’ve been involved in clinics and camps my whole life, but this is more about fundamentals. We go from kindergarten all the way up through high school, but really our sweet spot is kindergarten through the grammar school age group. We work with girls and boys to give them an appreciation for the game.

EDGE: So where are we now in the evolution of women’s sports?

CB: We have closed the gap in terms of the equity between men’s and women’s basketball, and in life in general. I think we’re moving forward, but we need to understand that there is more to be done so we can really prosper. I’m proud of what we’ve accomplished and now it’s the new generation that has to take it to the next level. I’m happy to see the strides that we’ve taken. And believe me, in the 40 years since I graduated Montclair we’ve made a lot of strides. But we still have a long way to go. I’m a big supporter of all sports on the women’s side, not just basketball. It’s my responsibility and I’ll continue to do that. 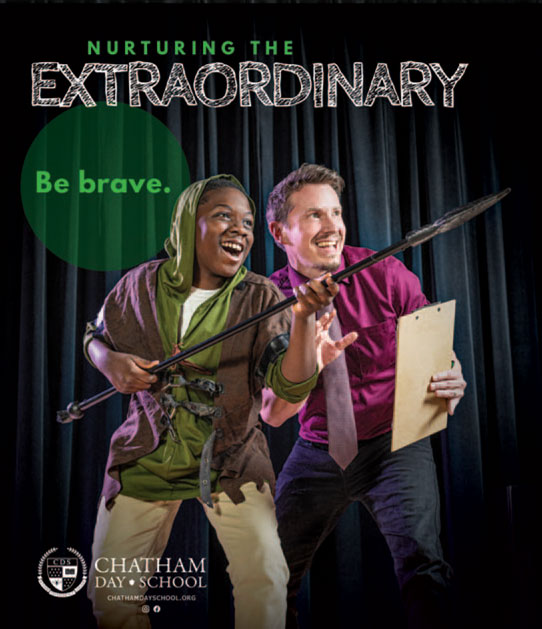 EDGE: I have to ask…which players remind you of you?

CB: There are a lot of players in the WNBA right now that I really admire. If I had to pick two players, on the men’s side it was always Larry Bird. I loved watching him play. He was a ﬁerce competitor who hated to lose. On the women’s side, I look at Diana Taurasi. A lot of people call her cocky but I call her conﬁdent. She can do it all on the ﬂoor, she’s cerebral, and she’s not afraid to put a team on her back and accept the pressure of getting it done.