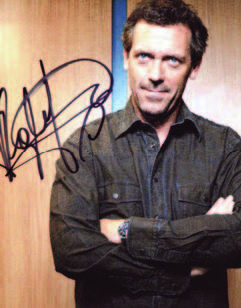 You have directed before, on House and other projects. Coming off of [Agatha Christie’s] Why Didn’t They Ask Evans? how do you assess yourself as a director at this point? 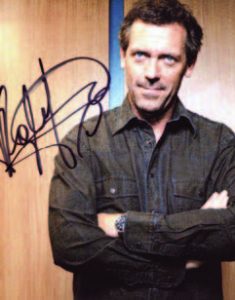 I’m not as calm as I would like to be [laughs]. I tended to become more agitated than I would have liked to have been. I think the problem is that any job you do in life is only difﬁcult or easy in relation to how much you care about the outcome. Brain surgery is pretty easy…if you don’t mind the patient dying. But if you care a lot about something, things could be almost inﬁnitely difﬁcult or inﬁnitely problematic, I should say. There will always be things that you wish—if only it could be this instead of that—and I confess that I was at times not as level-headed as I wish I could have been.

Wow. I suspect the list of qualities you need to be a director may not be containable in a single person. You probably need seven people to do the job of a director in the way that it really ought to be done. It seems to me that the calls upon your judgment and time and energy and stamina are almost inﬁnite. And the opportunity for making mistakes, likewise, is almost inﬁnite. I think the similarity between acting and directing is that actors and directors need to be people who watch people. They need to watch people and know instantly what is true and what isn’t.

What got you started writing the adaption of Why Didn’t They Ask Evans?

It’s a murder mystery, but it has a kind of slight screwball feel to it. And one of the most remarkable things about it is that—and this I believe is unique for

Agatha Christie and maybe even unique for murder mysteries—the real mystery is not who the killer is. I mean, it is a mystery and we have to track that down, and he or she must be apprehended and brought before the law. But the real mystery is What does the question of the title mean? It’s like a 100-dimension Wordle where you’re trying to solve this puzzle and, until you solve it, it’s not really satisfying. You might catch the killer, but until you understand—until you decipher the question and answer the question—it doesn’t really satisfy. I think that is her genius.

Most of the clever repartee and witty dialogue in this series comes from the women characters. Do you agree…and did you have a part in that or was it all Dame Agatha?

I’ll make a confession now: Frankie Derwent, the heroine of Why Didn’t They Ask Evans? was my ﬁrst- ever crush. I found her absolutely intoxicating. She’s quick and funny and bold and ready to take a chance. I just found her such good company. I was completely knocked over. And I do agree with you. The female characters, they’ve got some strong stuff. I would never in a million years dream of taking any credit. Along with the rest of us, I am just hanging on to the coattails— well, it wouldn’t be coattails—hanging on to the hem of the skirt of Dame Agatha for the ride.

Editor’s Note: Hugh Laurie adapted and directed Why Didn’t They Ask Evans?—a tale of two amateur detectives who get in over their heads investigating a murder—for a limited-run series debuting on BritBox this spring. For eight seasons, Laurie played the title role in the medical drama House, which was set in a New Jersey hospital and co-starred Lisa Edelman, who sat for a 2014 photo shoot and interview with EDGE. Lucy Allen of The Interview People, who interviewed Kristen Stewart in our last issue, conducted this Q&A.